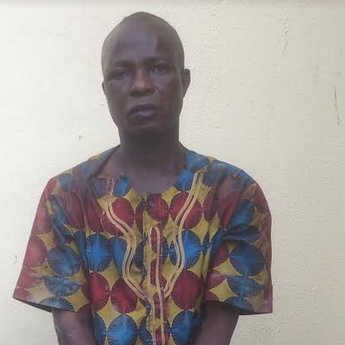 The suspects, Oladele Elegbede, 54 and Andrew Onoriode 25, were arrested early in the morning by the operatives in Dopemu and Alausa area of the State with vandalised cable and transformer earth.

One of the suspects, a grandfather of three, Oladele Elegbede, who is a trained electrician, was arrested early Saturday morning by the operatives of Rapid Response Squad in Dopemu for vandalising transformer cables.

Elegbede from Ilaro, Ogun State, was caught while vandalising transformer cable in Dopemu at around 4:37 a.m. yesterday. 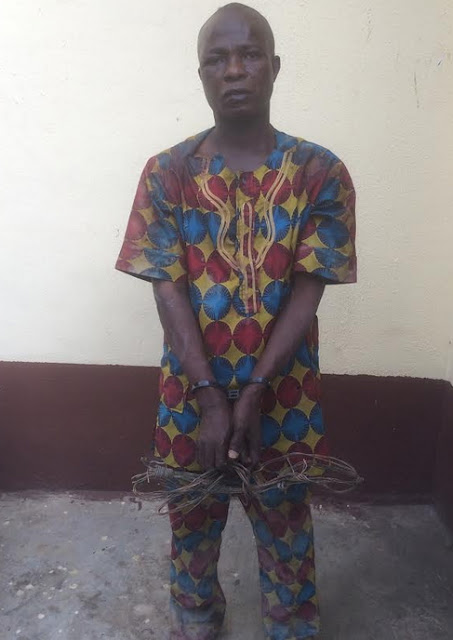 Elegbede had a week before the incident stolen cables around the transformer throwing the entire community into darkness.

Some of the residents of the area, who followed Elegbede to RRS Headquarters in Alausa, alleged that he was the one responsible for the vandalisation of the transformer cable on Monday.

In his confession, said “I was arrested around to 5:00 a.m. I went to that transformer to operate. I was there last week. I cut cable whenever I am broke. I have three grandchildren. My wife is dead.

According to a scrap metal dealer who the suspect fingered as his buyer, Abdulsamod Yau, “I have bought cable from him (pointing to Elegbede) like seven times.”

The second cable thief, Andrew Onoriode 25, who claimed to be a casual staff of Nigerian Bottling Company, Agidingbi plant, Ikeja was arrested behind Shoprite Ikeja with a freshly cut armoured cable believed to belong to the Lagos State Ministry of Works. 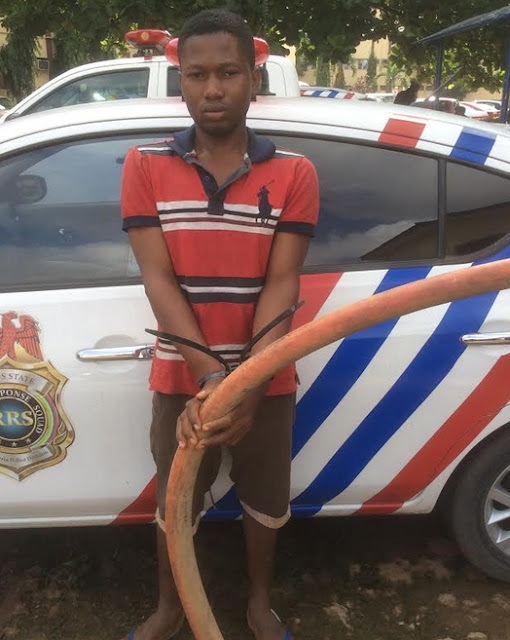 According to investigators, the cable was cut from the network supplying powers to some of the buildings around the Secretariat.

The two suspects have been transferred to the Lagos State Task force for prosecution.

Continue Reading
You may also like...
Related Topics:grandpa, transformer, vandals