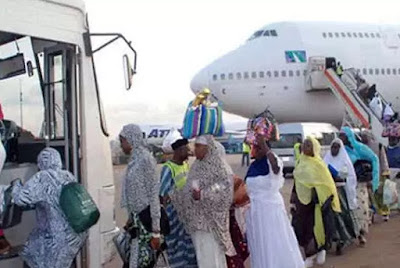 The Command Spokesperson, Jafiya Zubairu, confirmed the development on Thursday in Damaturu.

According to him, officials from both organizations allegedly diverted deposits made by 41 intending pilgrims from the Potiskum Local Government Area, and could not secure visas for them.

“The Criminal Investigation Department (CID) arm of the command is currently investigating the matter.

“However, I cannot give the exact number of those involved and other details, as the investigation is still going on.”

The 41 affected intending pilgrims had protested to the state’s House of Assembly to solicit its intervention; to enable them to perform the hajj.

Alhaji Adamu Dala-Dogo, the Speaker of the House, assured the intending pilgrims that the legislature would liaise with the executive, to ensure that they perform the religious obligation.

Meanwhile, most of the intending pilgrims from the state had been transported to the holy land.

Continue Reading
You may also like...
Related Topics:hajj, pilgrim, yobe