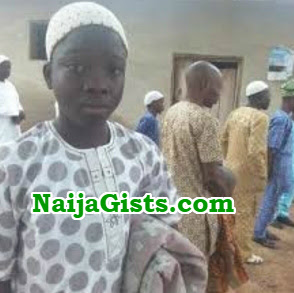 A man’s inability to control his anger has turned him into a murderer.

Sikiru Adebayo, 45, was accused of flogging his son, Adebayo Uthman to death on Monday the 31st of July 2017 at his residence in Abidogun Zone 7 area of Osogbo for allegedly stealing a belt belonging to a tenant. Adebayo who appeared in court on Wednesday has been remanded in police custody.

He will return to court tomorrow Friday the 11th of August for hearing.