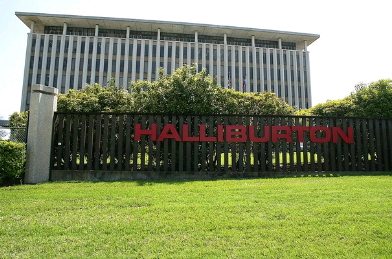 Following the directive by President Goodluck Jonathan that the investigative report into the $180 million Halliburton bribery scandal be re-opened and the major culprits re-arrested, we gathered that this has resulted in a fall out between two former heads of state and President Jonathan. naijagists.com

The two former heads of state (names withheld) were said to have been found in the investigative report to have benefited from the sharing of the Halliburton bribe money using fronts who have already confessed that they were only fronting for their principals.

Incidentally, when the investigation team took off from Abuja sometime in 2010 and landed in Ibadan on their way to the home of one of the indicted persons, Bodunde Adeyanju, to recover documents relating to how the Halliburton bribe money was collected and disbursed, the team was sent back  to Abuja from the Ibadan airport.

It was gathered that President Jonathan is determined to prosecute those found wanting in the bribery scandal to demonstrate not only to Nigerians who feel he is a toothless bulldog when it comes to fighting corruption, but also to show the international community that corrupt people, no matter their status in the society, can be brought to book in Nigeria.

And as part of this determination, it was gathered that an approval has been secured by the five-man inter-agency panel headed by the Inspector General of Police, including EFCC, SSS, and ICPC, to travel to France, United Kingdom, Switzerland and Spain to confirm the foreign leg of the investigations which mostly involves wiring of the funds, the amounts and the account holders.

It will be recalled that this aspect of the investigation was to be carried out in 2010, as the visas had been acquired and about N50million meant for the trip and investigation expenses made available but the trip was called off following pressure said to have been mounted on the office of the Attorney General of the federation by a former head of state.

Already, we gathered that the US government has sent a letter to the Federal Government warning that it may apply certain amount of sanctions in line with international anti-corruption protocols if the culprits are not prosecuted and if the $26.5 million paid by Julius Berger as Plea Bargain is not located and given to the Police.

Meanwhile, the Police authorities are said to be working round the clock to unravel the mystery surrounding whereabouts of the Julius Berger plea bargain money with the Inspector General of Police vowing that the money must be found.

It was gathered that as part of investigation on the matter, all the receipts of plea bargain money returned by other suspects during investigation, and whose amounts were lodged in such government accounts with the Central Bank of Nigeria, Ministry of Finance, Accountant General’s office and the office of the Accountant General of the federation have been recalled and the monies located except that returned by Julius Berger.

It will be recalled that President Jonathan had directed the Police to resuscitate the investigative report of the $180million Halliburton scam following America ’s insistence that the culprits in the bribery scandal must be brought to book before the $130million in US coffers can be returned to Nigeria .

America also insisted that the $26.5million plea bargain money returned by Construction giant, Julius Berger, must be located and made available to Police following suspicion that the money has developed legs and ended up in some person’s pocket.

Since the directive there has been confusion over the whereabouts of the huge amount of money and this according to sources has angered President Jonathan who has subsequently charged the Attorney General of the federation, Mr. Mohammed Adoke to fish out the money and make it available to the Police by end of this week.

Julius Berger one of the companies indicted in the Halliburton $180 million bribery scandal had opted for a plea bargain in order to be speared the prosecution process following the conclusion of the 5 man inter-agency investigation panel.(Credit: Vanguard)