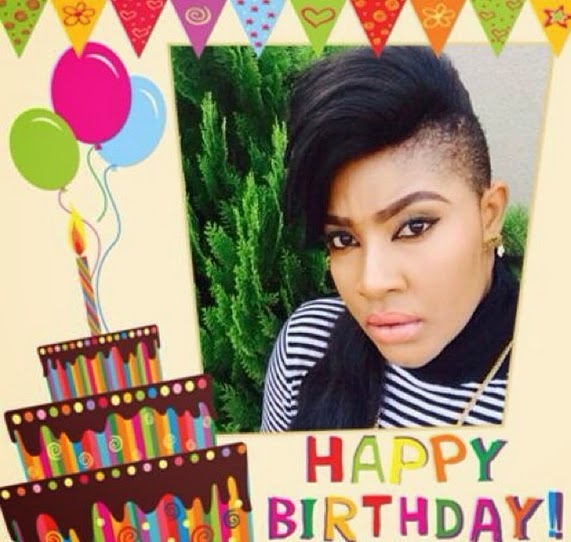 She attended LASU where she bagged a degree in Public Administration.

She joined Nollywood officially in 2009 after she starred in a movie titled Sincerity. In 2011, she featured in Holy Serpent alongside Kenneth Okonkwo.

Her appearance in Holy Serpent brought her into fame. She has since featured in several other interesting movies including The Maidens, Yankee Students, Brazilian Hair Babes, Mirror of Life just to mention a few.

The mother of one took to Instagram few hours ago to thank those who made her day a unique one:
“It’s my birthday @Emeka Eyiocha and victor Osuagwu woke me up with a birthday song, God bless u guys real big , thank u for this love , I swear am short of words , thank u to those who stayed awake till 12am just to wish me well God bless you.”

Please join us in wishing her a happy birthday.