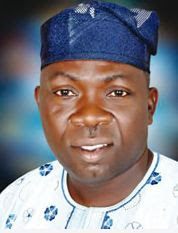 The command also arrested a corporal for the death of a tout, Mustapha Daramola, in Ijora area of the state.

PUNCH Metro learnt that trouble started when Musiliu went to perform at a ceremony at 22 Aro Street, Ijora Badia, Lagos on June 8, 2013.

According to the police, while Musliu was performing at the event, hoodlums stormed the gathering and started demanding money.

A reliable source said, “Whenever popular musicians go to perform, touts usually besiege the area and start demanding money from the artiste and members of his entourage. The hoodlums were aggrieved that they could not get money and became violent.

“In the confusion, a policeman attached to MOPOL 16, who was on duty, shot sporadically in order to scare off the hoodlums. In the process, Daramola was killed while another guy, Kazeem Ishola, was also shot.”

PUNCH Metro learnt that the infuriated hoodlums, who took to the streets and vandalised vehicles of guests at the gathering.

The hoodlums were said to have also vandalised a police patrol vehicle.

The situation, it was learnt, would have degenerated into a bloodbath if not for the intervention of policemen attached to Ijora Badia Division.

Musiliu, who is known for his popular album, Soyoyo, was later transferred to the State Criminal Investigation Department, Yaba.

When contacted on the telephone, the Deputy Police Public Relations Officer, Damasus Ozoani, confirmed the incident to our correspondent.Ozoani said preliminary investigations revealed that the slain hoodlum was attempting to snatch the policeman’s rifle when he was shot.

He said, “The case is that of murder and disturbance of public peace. On June 8, 2013, around 10:30pm, some hoodlums stormed a coronation ceremony at 22 Aro Street, Ijora Badia where famous Apala Musician, Musiliu Haruna Ishola, was invited to play.

“The hoodlums attacked guests and the musician. They attempted to snatch the gun of a policeman on duty at the venue and he fired to scare them away. Two of the hoodlums, one Mustapha Daramola and Kazeem Ishola, were hit. Daramola was rushed to hospital where he gave up the ghost.

“The other hoodlum survived. The hoodlums vandalised vehicles at the venue including a patrol vehicle. Both Musiliu and the policeman on duty have been transferred to the State Criminal investigation Department for further investigation.”

Ozoani promised that there would be no cover up in the case.