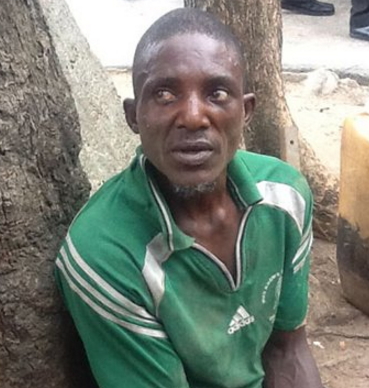 Taofik Adara, the heartless man arrested with the head and body parts of a woman in Badagry on Sunday has confessed.

61-year-old Adara said two Islamic clerics (Alfas) who brought the woman from Sango Ota Ogun state helped him tie the woman down as he beheaded her.

He added that the woman whose identity was still unknown sought for spiritual help from one of the Alfas before she was charmed and lured to Badagry.

Read his heartbreaking confession below: 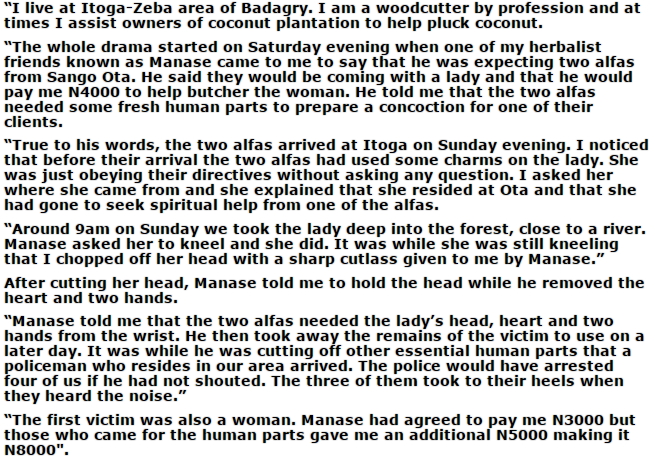 The suspect, a father of 15 children, married to 2 wives begged for forgiveness stressing that he would feel bad if such treatment was given to any of his family members . 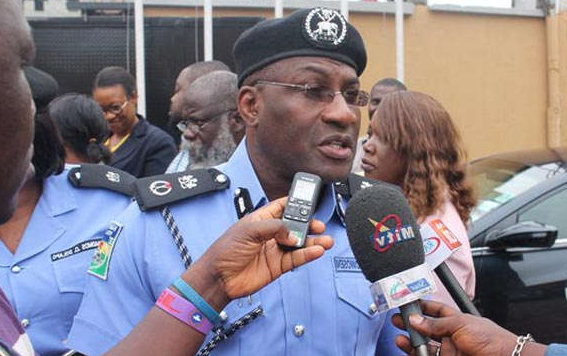 Lagos Police Commissioner Owoseni vowed to bring all those involved in the act to book.