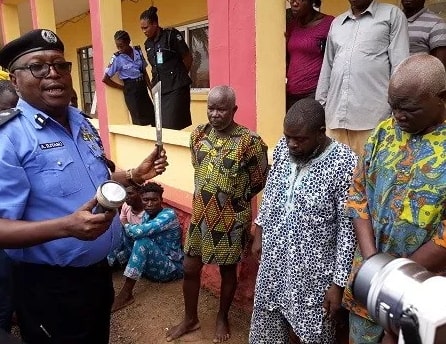 A man identified as Ganiyu Idowu yesterday alleged that an Islamic cleric, Bamigbola Edun, aka alfa, asked him to get a human heart and two hands, with which he would prepare a ritual which had a potency to produce N11m.

The 62-year-old herbalist was one of the 19 suspects paraded by the Ogun State Commissioner of Police, Ahmed Iliyasu, at the command’s headquarters, Eleweran, Abeokuta, for offences ranging from kidnapping and attempted ritual killing, to armed robbery and threat to life.

Paraded alongside Idowu and Edun was a 62-year-old motorcyclist, Mathew Odunewu, who was alleged to be an accomplice.

The three of them, according to Iliyasu, conspired, kidnapped and attempted to kill one Ganiu, an apprentice to Idowu, for alleged money ritual, in the Oriyanrin area of Abeokuta.

He said the police got wind of their plan and mounted surveillance on the area.

The police boss said their efforts paid off on August 30, 2018, around 11pm by Ogun River bank, when three of them surfaced with their supposed victim, Ganiu.

He said, “On getting to the river bank, the three men grabbed the fourth person, who is the youngest among them, laid him on the ground and were about to slaughter him like a lamb when policemen swooped on them.” 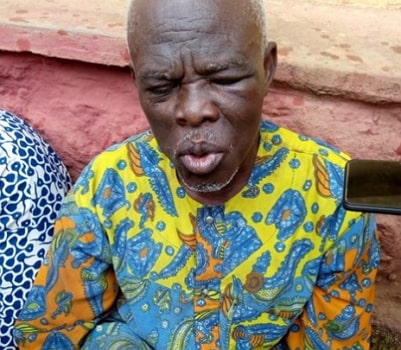 Iliyasu said when the suspects were arrested, they had polythene bags with them, adding that they confessed that they would have put Ganiu’s body parts inside the bags if they had succeeded in killing him.

When asked by journalists what informed their action, the herbalist said it was the alfa who asked him to get a human heart and two hands.

He said the 50-year-old cleric promised that the human parts would be used for ritual and would fetch them N11m.

“It is true that I am a herbalist, but it was this alfa who asked me to get a human heart and hands.

“Initially, I did not want to do it, but he promised that we would get N11m from the ritual.

“At first, we attempted to kidnap a boy, who escaped before I decided to use my apprentice, Ganiu.

“But during our attempt to slaughter Ganiu, the police caught and arrested us.”

However, Edun denied having a hand in the conspiracy, arguing that he had never killed a chicken, let alone a human being.

The limping alfa, who spoke in Yoruba, said, “I knew nothing about what he said; I am being framed.”

Iliyasu also paraded 16 other suspects for armed robbery and threat to life.

Nollywood Actor Kunle Afod’s Wife Claims Husband Sleeping With Upcoming Actresses
Eucharia Anunobi Plans To Adopt A Child, Actress Says She Is Yet To Recover From Loss Of Only Child