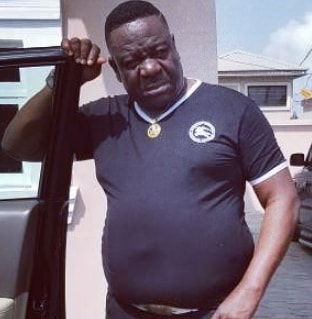 My Grandpa Was A Comedian In His Lifetime

Nollywood actor  John Okafor aka Mr Ibu has revealed the origin of his comic skill.

In an exclusive chat with The Sun Weekender, Ibu disclosed that he actually took after his granddad when it comes to comedy.

“My grand father was a greater comedian. He was the best I have ever seen in my life. He died in 1971 and he influenced me a great deal. As a child growing up, I stayed with him and I learnt a lot from him. He was the only man I knew who could treat stretch marks in four days including tattoos and tribal marks and you won’t ever see a sign of them again on your body, and he did all of these with just herbs.”

On why he did not also learn how to treat people with herbs from his grand father, Ibu says:

“I was not there when he died and I was told that his younger brother was there and he passed it on to him, but the man refused to build on it.”

But what were his challenges when he started the comedy journey? His response:

“Definitely, when you start a journey like this, there will be a whole lot of challenges, ranging from getting auditions to doing a job without knowing how much they would pay you or asking whether you’re hungry. Some people are very dubious, they want you to do everything free for them.”