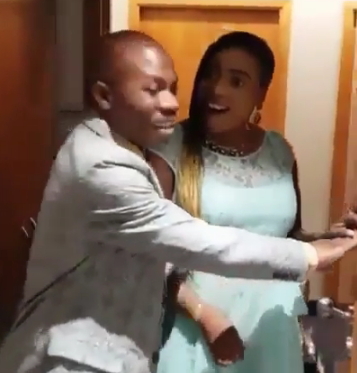 This Nigerian woman simply identified as Olubori and her husband recently got a romantic surprise from their children as they marked their wedding anniversary.

Her reaction in the video below is quite hilarious.

Many even thought it was a scene from a Nollywood movie due to her Jenifa-like dramatic response.

Continue Reading
You may also like...
Related Topics:surprise, video, woman