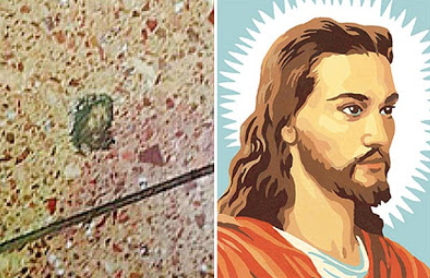 In another sign of end time, an apparent image of Jesus’ face has been spotted by a man at Terminal 3 of an Airport in Phoenix Arizona.

This was spotted by a man in the busy transport section of the American airport.

Several Christians we learnt have been returning regularly to behold the image with a stricken resemblance to that of the son of God.

They have since named the special tile, Tile Jesus by those who insist it is a sign of the end times.

Becky Martin, an unemployed dentist has been a regular visitor to the site from the day it was first discovered. 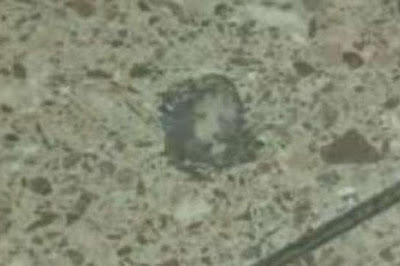 “He appears to us from time to time in ordinary places, to remind us that He is here with us always, being our spiritual guide.”

“His message would not be taken seriously. A while ago He appeared on the window of the Hard Rock Cafe somewhere in California.”

Do you believe this is an obvious sign of the end time?

Question of the day

How are we sure this is the real image of the Lord Jesus Christ?