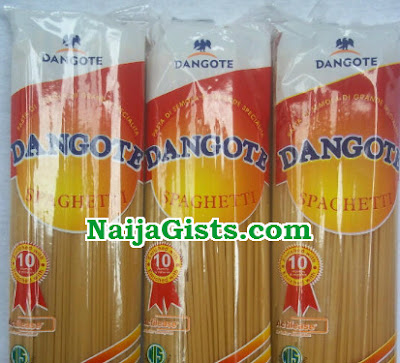 The accused was arraigned on a one-count charge of stealing.
Prosecutor Innocent Uko told the court that the accused committed the crime at the Agbalata Market in Badagry on May 17.

Uko said that the accused stole the items from Busola Lawal.

“The accused acted like he wanted to buy a carton of Spaghetti, but when the seller was absent minded, he took three cartons of spaghetti and ran away,’’ Uko said.

He said the offence contravened Section 285 (1) of the Criminal Law, laws of Lagos State Nigeria 2011.