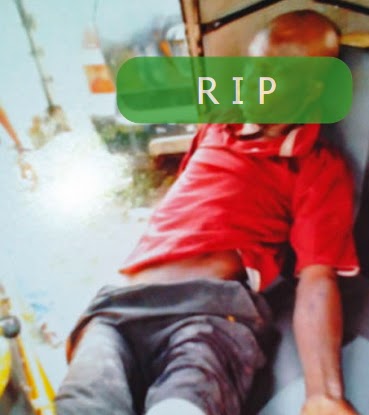 A court in Igbosere Lagos today sentenced a man, Ibrahim Tijani, to death by hanging, for macheting his neighbour to death following a quarrel about the fumes from his generating set.

Justice Adedayo Akintoye sentenced Tijani to death after finding him guilty of a one-count of murder.

The judge noted that the evidence provided by the prosecution, including the witnesses’ testimony, was compelling and credible.

Justice Akintoye held: “The court is satisfied that the defendant is as guilty as charged.

“The defendant is to be hung by the neck until dead and may God have mercy on your soul.”

Tijani was arraigned on January 21, 2016, by the Lagos State Government.

Lagos State Attorney-General and Commissioner for Justice, Mr Adeniji Kazeem SAN said the defendant, who along with the deceased lived in an uncompleted building at Okun in Ajah area of Lagos, committed the offence at about 2:20am on February 8, 2015.

He said Tijani, 34, slashed Bashorun Okanla‎won, 57, in the left hand, leg and waist with a machete in the presence of Okanlawon’s son Adeola.

He left Okanlawon and went after Adeola, 16, who had been begging him to stop. The teenager fled and hid behind a cashew tree.

When Tijani returned, Okanlawon had bled to death.

According to the Attorney-General, the offence was punishable under Section 221 of the Criminal Law of Lagos State 2011.

During the trial, Adeola told Justice Akintoye that the incident followed a fight between his father and the defendant over the fumes from Tijani’s generator.

The 16-year-old testified while Kazeem led him in evidence.

According to him, Tijani attacked his father with a machete he picked from a food vendor.

During cross-examination by the defendant’s counsel Onome Akpeneye, Adeola, the first prosecution witness, explained that the incident was preceded by a fight.

He said that night, he and his father were bothered by the fumes which was wafting into their room from Tijani’s small generator.

A fight, which broke out, was settled by neighbours and, afterwards, an Islamic cleric reconciled the duo.

According to Adeola, it was on their way from the cleric’s home that Tijani attacked the deceased.

He stated that at about 2:13am on the day of the incident, a bleeding Tijani came to report a case of assault at the Agbongon Police Division.

But, about 10 minutes later, the neighbours brought the lifeless body of the deceased to the station in a tricycle.

He said “In my investigation review, on February 8, 2015, the defendant and the deceased were living in the same uncompleted building at Okun Ajah. The deceased complained to the defendant to adjust his generator as the smoke from the generator was entering his room.”

Abu said the deceased complained to the cleric, who owns a block industry, following which the cleric sent for the defendant and reconciled the duo.

According to him, on their way home from the Alfa’s place, the defendant picked a machete from a food vendor’s place and started chasing the deceased who tripped on a block and fell.

The defendant, he added, started cutting the deceased.

“He cut his left hand, leg and waist. When the son of the deceased, one Adeola Okanlawan, started shouting ‘don’t kill my father,’ he started chasing the boy who hid behind a cashew tree. When the defendant saw that the deceased could no longer move, he picked up a bottle and stabbed himself on the left arm and ran to the Police station to make a report of assualt,” Abu said.”