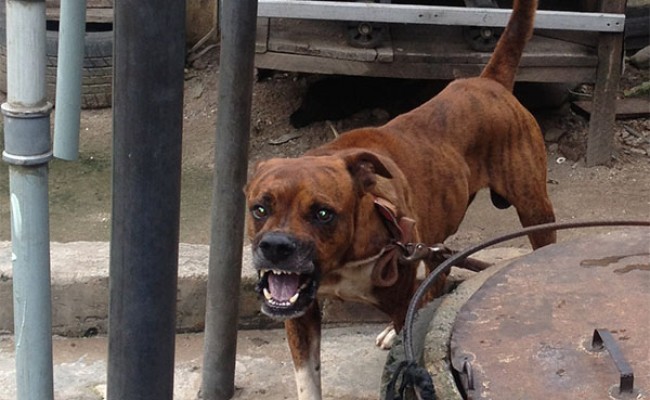 Tragedy struck at the week­end in Asaba, Delta State when a hungry bull dog attacked and killed a four-month-old baby boy. Although, some people tried in vain to rescue the baby alive, the boy died few minutes thereafter.

His mother was conveying the dog, the little child and her nanny in her car.

The woman simply identi­fied as Mrs Akowe, stopped at a supermarket, leaving the nanny, the child and the dog in the car. The dog started behaving funny and started eating up the child, simply called Chinonso.

The helpless nanny ran into the supermarket to alert the mother. The madam immedi­ately raised the alarm, but be­fore help could come, the dog had already eaten up part of the baby’s stomach.

The two security guards in the supermarket succeeded in killing the dog while the baby was rushed to a nearby hospital where he was confirmed dead.

An eyewitness, George Ojeogwu, said: “I was in the supermarket on Okpanam Road when the dog bit the owner’s child to death. I learnt that the child is the only child of the parents.

“The woman came to shop for the baby, but she came in company with the child and the nanny. I can’t really say how it started but I saw the young girl shouting that the dog is biting my madam’s baby. We all rushed to the scene, but the child was in a pool of blood.

“The woman was shouting for help, saying she was taking the dog to a veterinary doctor for treatment”, he said.

Ojeogwu added that the security guards in the super­market killed the dog. “But the baby died.

“I talked to the nanny, but she said the dog was well fed before leaving the house, mean­ing that the dog was not hungry.