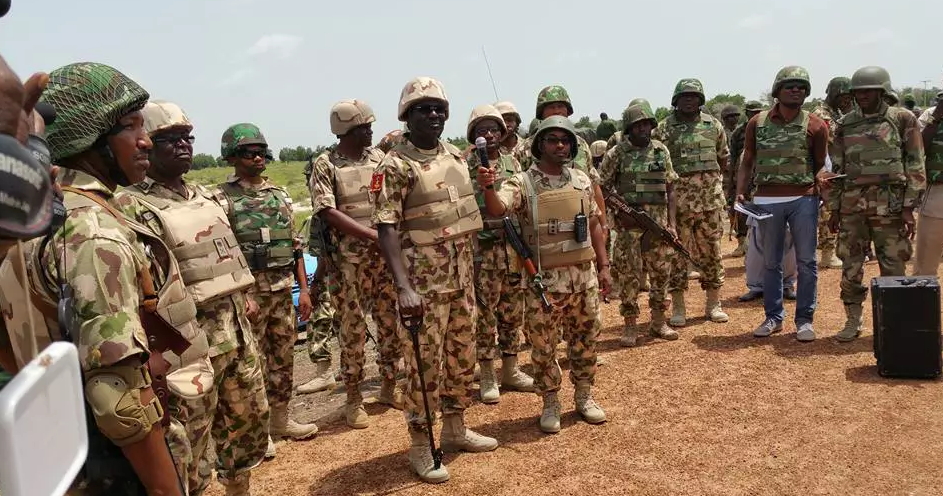 But his advance team were caught in the ambush and lost one soldier.

The soldiers resisted the attack and killed 5 of the terrorists before arresting 4 other.

Obasanjo To Nigerian Students, NANS: Buhari Will Clean Up Jonathan’s Mess, I’m Solidly Behind Him
Photos: Omotola Jalade Battles With Weight Gain, Omosexy Struggling To Get Back Killer Figure