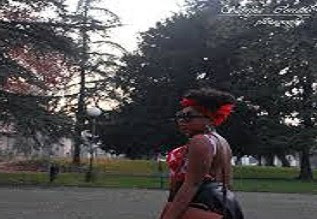 A Benin-based driver with in one of the major transport company in Edo State, Anthony Akhimien, has been arrested for allegedly killing his girlfriend.

Police said the suspect killed his girlfriend and dumped the corpse in a bathroom close to his house.

It was gathered that the suspect threw the corpse over the fence and it landed inside the bathroom where it was discovered on Friday morning.

A tenant in the house where the corpse was found said the man who found the body thought the girl was still alive.

The tenant, who refused to disclose his name, said the man raised alarm after he discovered that the girl was dead.

He said the discovery sparked fears among other tenants as all of them denied bringing any woman home the previous night.

We gathered that the tenants stormed other nearby houses before they found out that the deceased was brought home by the suspect popularly called DPO.

Residents of the building where the killing occurred have fled the house when our correspondent visited the place on Friday for fear of being arrested.

Kidnapper Evans Informant, Lagos Pharmacist Emeka Egbulugha Who Sold Out His Boss Identified
Evans: I Started As Bullion Van Robber With Too Much Money Gang Members In Abia State