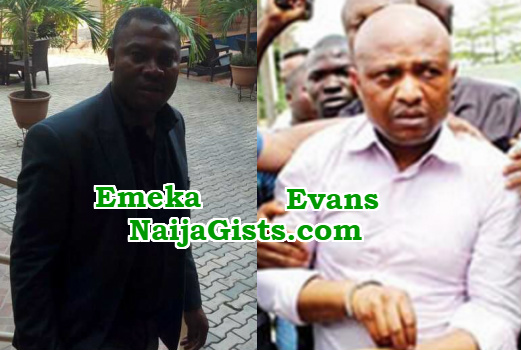 Mr Donatus Dunu was kidnapped by Evans gang on Valentine’s day February 14 2017. His abductors later contacted his family to demand for one million Euro.

His family managed to pay N150million but his kidnappers kept him until his family could pay the balance.

It was later revealed that one of his employees, Emeka Godson Egbulugha a native of Oguta in Imo state was the man who sold him out to the notorious kidnap gang.

Dunu after his release said he heard the voice of his employee at different times discussing with  his abductors while he was in their net.

Here is what a family source told The Portal: 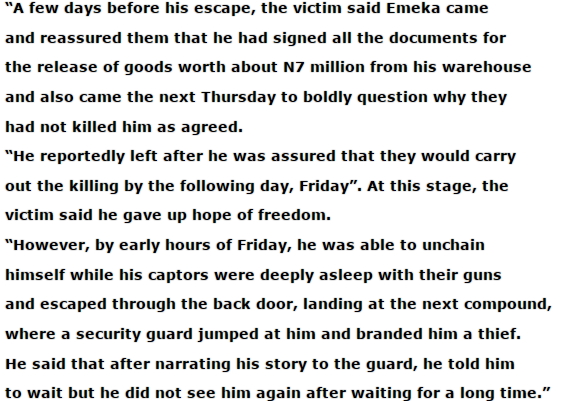 After his escape, he fell into the hands of passersby who mistook him for a thief but after some explanations they took him to the Igando Police station from where he led police to the detention camp.

On getting there, the kidnappers had fled. It was at this point that Police CP Fatai Owoseni promises N30milion on Evans head.

Married Couples Who Sleep Naked Together In Same Bed Are Happier – New Study
Horror In Benin As Married Man Kills Girlfriend, Throws Corpse Over The Fence