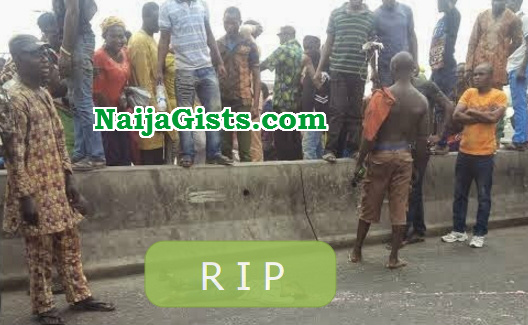 An articulated vehicle on Tuesday crushed an on identified teenager to death at Adesuwa junction, along Sapele road.

It was gathered that the late boy who was said to be a beverage seller with his brother on the busy road, got knocked down on the verge of collecting payment after attending to a commuter.

“As the boy sold the drink to the passenger, he had to run to collect his money. As he was running, the trailer hit him and he fell down, before the back tyre crushed his head,” an eyewitness said.

The death of the boy reportedly triggered anger among other road sellers, who were said to have seized the truck and were about to attack the driver before he was arrested by policemen from the Ugbor Police Division.