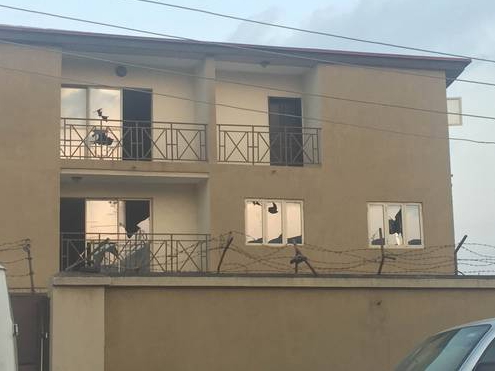 Even though the building has four apartments on each floor, none of the apartments was occupied by the owner or tenants, according to residents who spoke to our correspondent. Instead, the house was only occupied by security guards who are now accused of murdering Olufumbi Lawal, a resident who lived on the same street.

On October 23rd, Mr. Lawal, 32, was sighted lying in a pool of his blood in the premises of 34 Olorunfunmi Street. The neighbors said the victim’s killers were trying to hide his corpse when it was discovered. The victim had been missing since the previous day. Several neighbors stated that Mr. Lawal was last seen alive going into the suspected den of murderers where his body was eventually found the next day. According to some of them, the victim had some form of business relationship with the guards at the dreaded house and had gone there at their invitation ostensibly to receive some payment. Olufunbi Lawal 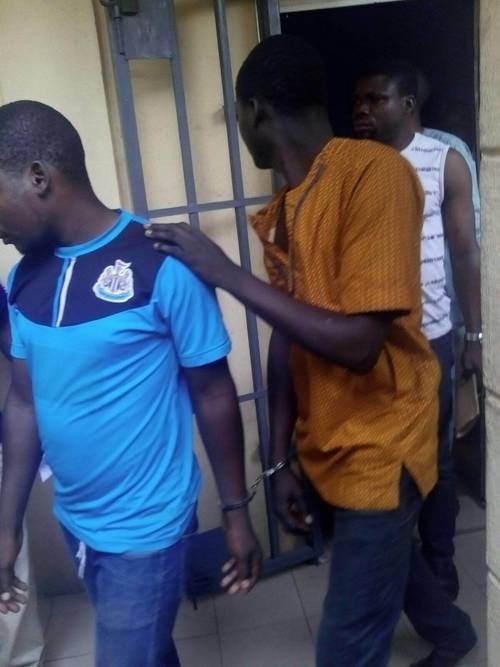 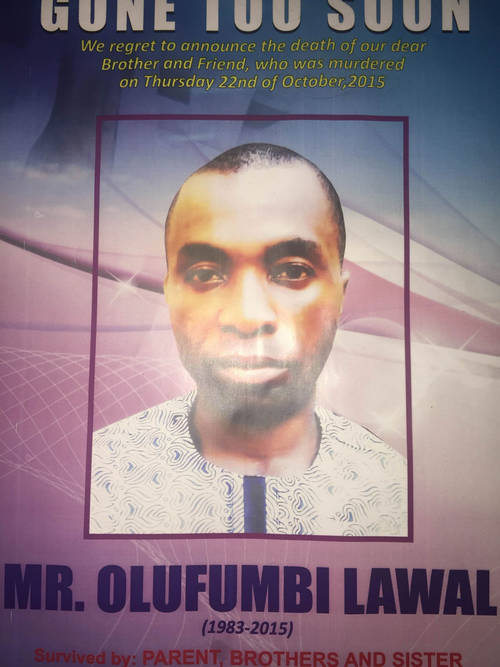 Once Mr. Lawal’s remains were discovered, a mob stormed the house by breaking its windows to apprehend the alleged killers. One source claimed that one of the alleged culprits confessed that he and four others murdered Mr. Lawal. The alleged culprit, identified as Ali Mohammed, reportedly disclosed that he and his associates had used iron bars and machetes to kill the victim. While Ali and another culprit were arrested, the others remain at large, fleeing the building on realizing that their dastardly act had been discovered.

One source said Mr. Ali confessed that he and two other guards had bought three motorbikes from the victim, promising to pay him in installments. He said they had invited him the evening of October 22, 2015 to receive payment for the bikes, adding that they had planned to kill him once he arrived.

Residents of the area who broke into the guards’ quarters alleged that they also found other clothes soaked with blood in a large bag called “Ghana-must-go” bag.

The residents also alleged that Mr. Ali had raped a bread-hawker in the same premises only two days before the discovery of the late Lawal’s body. According to residents, the suspicious house has “For Sale” painted in its front. But they alleged that the sign was only a decoy to mask the murders going on within the house.

The police have since arrested Mr. Ali. Besides, police officers have been deployed to the house to prevent further damage to it by the incensed neighbors, said one police source. He added that some of the other murder suspects had fled on the bikes their victim had bought for them.

Our police source disclosed that the case was currently before a magistrate court in Ebutte Metta, Lagos, adding that the presiding magistrate had adjourned the case till December 7, 2015.