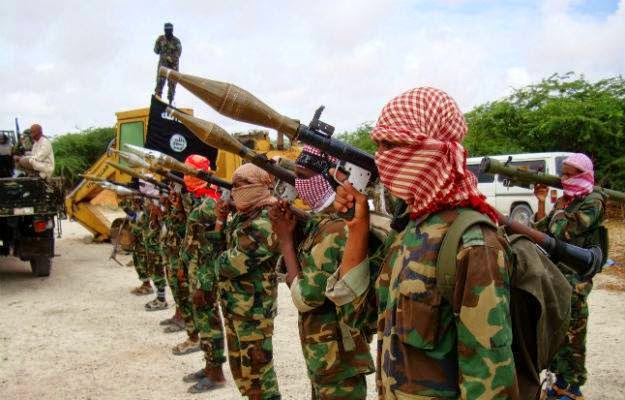 Boko Haram fighters on Wednesday clashed with Nigerian troops in the country’s remote northeast, forcing thousands to flee, after two other attacks that further undermined claims of a ceasefire.

Residents said insurgents first overran the town of Uba in Borno state before moving to try to take Mubi, a commercial hub in neighbouring Adamawa, using firepower including rocket-propelled grenades.

“There is virtually not a single resident left in Mubi. Everybody has left to save their lives,” local resident Habu Saidu told AFP, as he trekked through the bush.

“People in thousands left the town on foot because all roads have been blocked by soldiers and it is not possible to leave by road.”

Fighting was reported to be fiercest around the town’s military barracks.

Nigeria’s government earlier this month announced that they had secured a ceasefire deal with Boko Haram and agreement to release 219 schoolgirls abducted from their Borno school in mid-April.

But violence — and further kidnappings — have continued unabated.

Saidu said the insurgents, who want to create a hardline Islamic state in northern Nigeria, stormed the town in large numbers on motorcycles and four-wheel-drive vehicles.

“Soldiers responded by opening fire and two military jets dropped bombs on Boko Haram positions. We left because it is no longer safe to stay,” he added.

“We saw the Boko Haram fighters. They kept saying they had come to fight the military and police and not civilians,” he added.

“No one believes them. We know how they killed people in all the places they seized after assuring them they were not going to harm them.”

In September, panicked residents fled their homes in Mubi after the rebels seized Michika, 42 kilometres (26 miles) away, in anticipation of an attack.

Mubi, which has previously been targeted by Boko Haram, had seen an influx of thousands of residents escaping the violence in nearby towns and villages.

Security fears forced the closure of the Adamawa State University, which is based in the town.

The attack comes after suspected Boko Haram gunmen killed several people in the town of Kukawa, some 180 kilometres from the Borno state capital, Maiduguri, near Lake Chad, on Monday.

Heavily armed fighters in all-terrain vehicles stormed the town and opened fire on police and a local market.

“They (the gunmen) killed several people, especially around the market, where traders had gone for commercial activities,” said the Kukawa local government chairman Modu Musa.

“They burnt the whole market, the police station, government lodge, dozens of vehicles and most houses in the town in indiscriminate rocket and bomb attacks.”

Police officers in Kukawa initially intercepted the insurgents on the outskirts of the town and engaged them in a fight but were forced to retreat because of the gunmen’s superior firepower, Musa said.

There was no immediate comment from Nigeria’s military and independent corroboration is impossible with communications largely cut off and travel dangerous in the remote region.

Security analysts estimate that Boko Haram controlled at least 20 major towns in Borno, Adamawa and Yobe states at the time the purported ceasefire deal was announced on October 17.