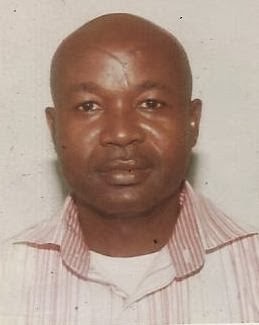 Daily Sun gathered that Obadina left office late on Friday and arrived Ikorodu around 12 midnight. At Ikorodu, he was said to have stopped to withdraw money from an Automated Teller Machine (ATM) in preparation for a journey he was to embarked on Saturday.

According to investigation, tragedy struck after he withdraw the money and was heading towards his residence on Shagamu Road in the Ikorodu area of Lagos.

It was gathered that a two Sports Utility Vehicle suddenly double crossed him.

Immediately, he was forced to halt his vehicle, a Toyota Yaris, the suspected robbers attacked and collected the money he withdrew from the ATM, and one of the hoodlums shot him twice in the abdomen and fled the scene.

However, sympathizers came to his rescue. They found his phone and were able to get his wife number. They called her several times but before she eventually picked the call she was informed of the situation of her husband and she rushed to joined the “good Samaritans”.

He was rushed to a private hospital in Ikorodu from where he was referred to Gbagada General Hospital , informed source confided to our reporter.

Continuing, the source said, ” We moved him to the Lagos State University Teaching Hospital (LASUTH), Ikeja. As we were going, he was bleeding profusely but initially, the hospital refused to admit him but the wife knelt down and she was begging the hospital management to consider the life of her husband and he was later admitted.

” We were later asked to deposited the sum of N125,000 for operation and other contingencies which we did and the Managing Director CEO of Newswatch Moses Jolayemi assured the hospital of the managements willingness to offset any other further bills that may occurred.

“He was immediately taken to the theater where he was operated and two bullet were extracted. He later became conscious and was stable for some time before he started complaining of severe abdominal pains, but he was told that he was just operated upon. He was able to tell how two SUV’s double-crossed him and shot him.

“We left the hospital but on Saturday afternoon, our MD received a call that Obadina finally succumbed to death. I am still in shock because everybody has celebrated that he survived the attack.”

When Daily Sun visited Newswatch office, the staff were discussing the issue as some of them just knew about the death of a man who was hale and hearty on Friday.The staff who described the deceased as a quite and hardworking man.

They called on the police to fish out the killer of Obadina as it would not augur well if those who commuted the dastardly act go unpunished.

They also called on the police to intensify their patrols to forestal such ugly situation.

The Nigerian Guild of Editors (NGE) has condemned the killing of late Journalist by suspected armed robbers.

In a statement signed by the President of NGE, Mr. Femi Adesina, the body while condoling the family of the slain journalist and the entire members of the journalism profession for the loss of a compatriot, demanded that killers of Obadina be fished out to face justice for the dastard act.