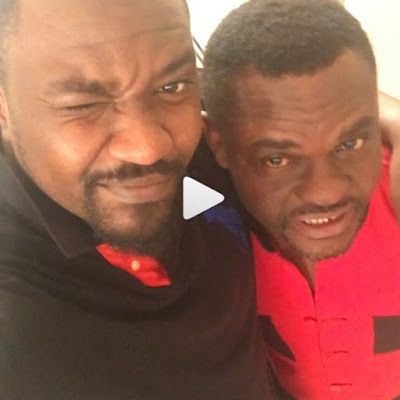 Ghollywood actor John Dumelo who is currently on a movie set in Nigeria has narrated how he escaped from armed robbers while returning to his hotel in Owerri Imo state.

The actor said the dare devil robbers dressed in black blocked their car, got down and pointed their gun at them.

JD said it was the smartness of his driver that saved him.

The driver reportedly sped off as the robbers watched in shock. 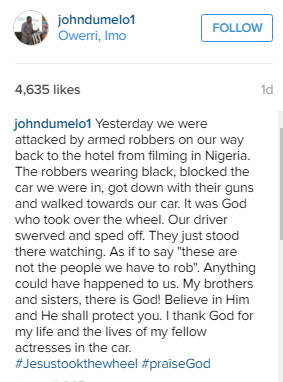 Thank God for him.