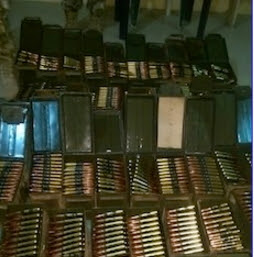 The Nigerian army has uncovered a Boko Haram arms and ammunition storage factory in Borgozo Alargano area of Borno State following a tip off from vigilant residents.

The arms concealed by the terrorists were discovered yesterday during a clearance patrol.

According to General Irabor, the troop also cleared the rest of the Boko Haram terrorists hiding at Kadari.

The military urged Nigerians to continue to provide useful information to troops in order to facilitate the eradication of the dreaded terrorists.

See photos of arms & ammunition recovered during the operation 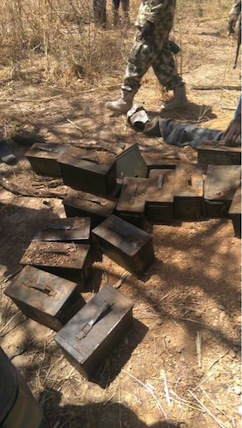 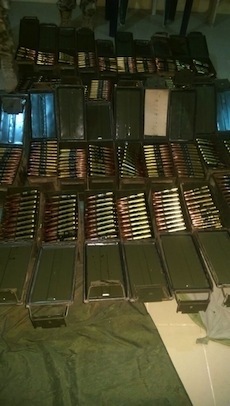 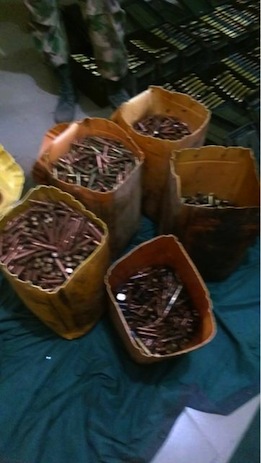