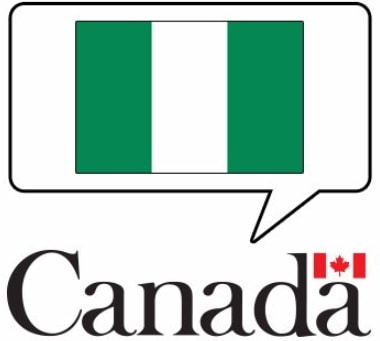 Relocating or immigrating to any country is not really easy in any way, much less moving to a highly developed country like Canada. Not to discourage you but to say the least, the process can be demanding. This is due to some peculiarities of the country such as a large number of highly qualified citizens which makes it difficult for foreigners to get into the country through a work visa.

That being said, you also need to be aware of self-acclaimed processing agents or consulting agencies which will only rip you of your money. Nonetheless, Canada puts preference on educated and young foreigners than on any other group of intending immigrants. So, if you are young and have at least a Bachelor’s degree the odds of relocating to the country will be more in your favour.

Some basic facts about Canada

Canada is a North American country with its capital located in Ottawa. After Russia, Canada is the next largest country in the world by land mass. Surrounded by three of the world’s oceans (Pacific, Atlantic, and Arctic oceans), Canada is home to as many water bodies as you can count.

There are many other major cities in Canada such as Vancouver, Quebec, and Ontario, which is the largest in the country.

There are more than 33 million persons currently living in the country with about half of that population being immigrants.

Every year, it is estimated that about 250,000 foreigners relocate to Canada. There is a reason why many foreigners including Nigerians choose to immigrate to this country. For one, statistics reveal that Canada has the highest literacy level in the world, which makes it a top destination for international students. In addition, partially due to its proximity to the United States and its high level of development – Canada is a member nation of the G7: a committee of the world’s seven most developed countries.

Steps to relocate to Canada From Nigeria

The process of moving to Canada from Nigeria involves several stages; the succeeding sections give some details on how to go about these steps.

Moving on, to relocate to Canada from Nigeria you can try any of the following methods:

This is the shortest way of getting a Permanent Residence visa for Canada that grants you the privilege of staying in the country. The EE system is a new electronic-only process for gaining permanent residency in Canada. However, this method may not work well for everyone due to certain factors. First of all, to be eligible for Express Entry you need to be a skilled worker with an educational degree.

Based on a ranking system (CRS: comprehensive ranking system), the entire process can take a maximum of one year or less which makes it attractive. To increase your chances of getting an invitation to submit a relocation application, then your CRS points need to be high. Points are earned based on your skills and work experience as detailed in your resume. The maximum CRS score is 1200 points and are grouped into the following:

This EE process is a pre-application stage where if you are approved you will be sent an ITA (invitation to apply) for a permanent residence visa.

This is the next simplest method to relocate to Canada. This process involves you getting a Student visa which allows you to study in Canada for the duration of your programme. Upon completion of the study programme, you may become eligible to get a one-year or three-year work permit. Subsequently, your three-year work permit also makes you eligible to apply for the Express Entry visa due to your work experience in the country.

Just like the application process for any type of visa, you will also need to be in possession of certain documents that include:

After getting all the necessary documents, you will have to submit your main application (to be done within sixty days) and wait for it to be approved. You will also have to pay the application fees and go for an interview when instructed in a later scheduled date.

After submitting your application, you will need to go for a medical test. This step is dependent on when you are asked to go for it.

After applying and paying for the application process, you will need to wait a while before you can get a feedback. This waiting period can be for as long as six months to one year for an Express Entry visa or longer/shorter for other visa types. If your application is approved you will be directed on the next steps to get your Canada Temporary resident visa (TRV), if otherwise then you may have to reapply. This is a good reason why you need to start the application process on time so as to give ample time for the processing.

After getting your TRV, you can then travel to Canada. It is when you get to Canada that you can be issued a permanent residence visa. This is after going thorough examination at the Canada immigration and border control.

After continuously living in Canada for four years, you are eligible to apply for a Canadian Citizenship.

How To Become A Flight Attendant, Air Hostess In Nigeria..Step By Step Guide To Success
How To Travel To Serbia From Nigeria & Apply For Serbian Student, Study Visa From Lagos & Abuja