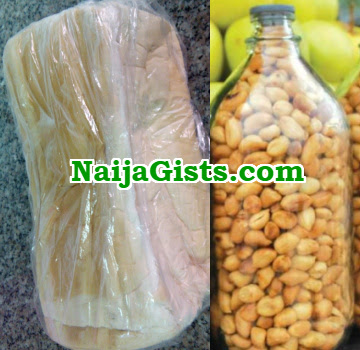 July 23, 2017 – Hungry Man Imprisoned For Stealing Bread & Groundnut Worth N750 In Iyaro Benin A Day After His Release From Prison

On Friday, a Benin Magistrates Court remanded a 22-year-old man identified as Bright Idiye, in prison custody for allegedly stealing a loaf of bread and groundnut worth N750.

According to the charge, Idiye stole a loaf of bread worth N450 and groundnut worth N300 because he was broke and hungry.

The accused who was arraigned before Chief Magistrate I.N. Osayande pleaded guilty to the one count of stealing.

He was said to have committed the offence at Iyaro, Benin, on July 16, 2017 barely 24 hours after being released from prison.

The accused, who was remanded at Oko Medium Prison, was said to have been released from the same prison custody on July 15, 2017. Magistrate Osayande adjourned the case until July 24.