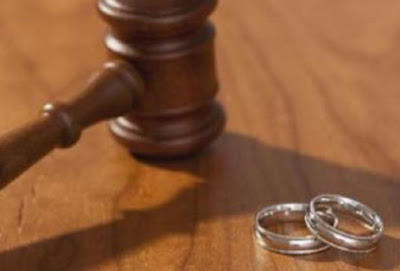 May 5, 2016 – Husband Drags Wife To Court For Sleeping With Brother

A 40-year-old man, Mr Sunday Oladipupo, has asked an Orile Agege Customary Court in Lagos to dissolve his marriage with Bukola over alleged adulterous behaviour by his wife.

“I caught my wife in bed with her brother, I want a divorce, ” Oladipupo, a driver, told the court on Thursday.

The complainant lives at 7, Nmbosi Avenue, AIT Road, Alakuko, a suburb of Lagos told the court.
“I caught my wife red-handed with a man she introduced to me as her brother, they were both naked and in the act.

“She pushed me to beating her because I always feel jealous anytime I see her with another man.
“Before I kill her and myself, it is better we part ways,” he said.

Oladipupo claimed that Bukola did not respect him and left home at will and returned when she liked.

He said that his wife left home since September 2015 with his children, aged four and nine years.

“She was pregnant when she left my house but the most painful part was that her man friend called me on phone and told me to ask my wife about the paternity of our two children,” he said.

The complainant told the court that he was tired of the union and wanted a divorce.

However, Bukola denied the allegation but supported the dissolution of the union.

“I am not adulterous and I was not pregnant when I left his house in 2015.
“I left home because he beat me anyhow, I did not have peace of mind with him, I am tired of the marriage, I support the dissolution,” she said.

The Court President, Dr Kayode Whenu, told the couple to maintain the peace and adjourned the matter to May 10 for further hearing.