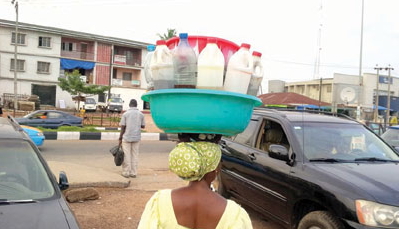 Olaifa, while testifying in a divorce petition filed against him by his wife, Oluwaseyi, said the plaintiff also turned deaf ears to his warnings against the use of bleaching creams.

“She receives midnight calls from her suspected concubines and has no regard for me as her husband since she began hawking Agbo-jedi, which I kicked against.

“She uses the opportunity of hawking Agbo-jedi to commit extra marital affairs; she has been over exposed and cannot be controlled.

“I support the divorce suit and pray the court to grant her request so that she can have maximum freedom to do as she wishes,” Olaifa said.

Earlier, Oluwaseyi had prayed the court to end her 11-year-old marriage with Olaifa on the grounds that the defendant beats her regularly, burns her clothes and victimises her.

She alleged that her husband was not a responsible man and was in the habit of threatening her life.
Oluwaseyi urged the court to end the marriage so as to be free from the defendant’s embarrassment and provocation.

The plaintiff also prayed the court to grant her custody of the third child of the marriage, while the first and second children should be in the custody of the defendant.

Chief Mukaila Balogun, who presided over the matter, dissolved the marriage and ordered that only the first child should remain with the defendant.

Balogun, who placed the second and third children in the custody of the plaintiff, also ordered the defendant to pay N6,000 monthly maintenance allowance for the two children.