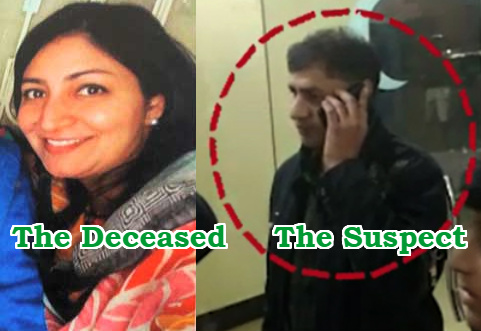 A German doctor, Uzma Khan of Pakistani origin was killed by her husband during a visit to Pakistan on the 28th of December 2016.

The couple who moved to Germany in 2001 had an history of violent fight that often turn bloody until the death of the female doctor.

The deceased was found with torture marks on her body  and a bullet wound which was the cause of her death on Wednesday in Jehlum city, Pakistan.

According to a doctor at Jehlum hospital who carried out the autopsy, the deceased died as a result of a gunshot wound allegedly fired by her son on the instruction of her husband.

Police claimed that the primary suspect in the murder of Dr Uzma, Shahbaz who happened to be her husband has confessed.

Dr Uzma had been living in Germany for the last 16 years before her husband took her to Pakistan and later murdered her.

The 13-year-old son of Dr Uzma Khan has been handed over to his maternal kin.

The daughter of the deceased claimed that her father was an addict and used to beat her mother over monetary issues.

Meanwhile, the German Embassy is also taking interest in the investigation.