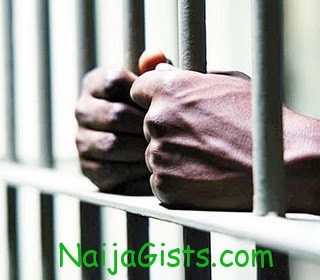 After 4 weeks of marriage, Victoria Johnson, an abuja based banker was brutally murdered by her husband.

According to what late Victoria’s sister told the police, Victoria had collected money from a customer from the bank meant to be deposited in her bank, but her taxi driver husband, who was at the time her boyfriend, asked to borrow the money. She gave it to him. Many months after he borrowed it, he refused to pay back, giving one excuse or the other.

Eventually they had their traditional marriage and just four weeks after that and four weeks before their white wedding, Victoria was found dead in the home the couple shared in New Karu.

Her husband, who had initially tried to escape after the killing, claimed that her death had been an accident. He said they had been arguing about the money once again, and she had threatened to report the case to her bank. In anger he hit, she collapsed and he ran from their home after he realized she was dead.

The man is currently at the Keffi Prisons as investigation continues.