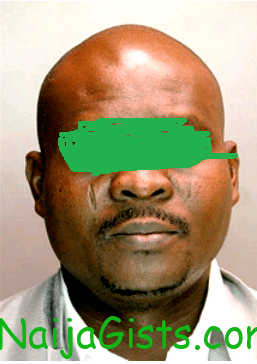 An irate man is currently facing a murder charge for strangling his wife of many years to death over a sex related argument.

Christian Agbaga, 62, was arraigned before before Yaba Magistrate’s court in Lagos State Nigeria for killing his wife, Regina Agbaga at their home in Lagos.

Regina Agbaga, 48 was strangled to death by her husband in the night on their matrimonial home at #10 Ligali st, Ajegunle, Lagos State Nigeria.

Mr Agbaga was arrested after a tip from neighbours who said they had Regina telling her husband to leave her alone after allegedly trying to force her.

“We heard when the woman was telling him to leave her alone and we thought it was husband and wife affair only to hear she was dead in the morning,” said a neighbour.

Preliminary police investigation reveals that the late Regina had bruises on her neck.

Christian Agbaga has been remanded in Kirikiri prison and his court date has been adjourned till Oct 15, 2012.