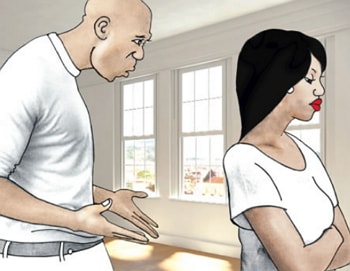 A Kaduna Sharia Sharia Court has ordered one Maryam Muhammad to refund the N20,000 dowry paid for her by Mansur Yakubu, her husband, as a condition for divorce.

The complainant, who filed a case against her husband, told the court that she could no longer tolerate her husband and wished to divorce him through khula (Redemption).

“I can’t live with this man because I can’t tolerate him anymore, as such I want Khula, I will return the N20, 000 he paid as dowry,” Maryam said.

Khul’i or Khula is a form of divorce permitted in Islam, where a woman initiates divorce by returning the dowry she received from her husband.

She also urged the court to compel Yakubu to be a responsible father to their two-month-old baby while in her custody and allow her to pack her belongings from his house.

The judge, Malam Musa Sa’ad, had earlier requested the presence of the couple’s guardians who confirmed the dowry at N20,000.

The judge confirmed that a woman has the right to demand khul’i as stipulated by the law and ruled that Maryam should refund N20, 000 to Yakubu.

“I, Musa Sa’ad, hereby dissolve the marriage between Mansur Yakubu and Maryam Muhammad through Khul’i as stipulated by the Islamic law,” he said.

He also ruled that the defendant should pay N5, 000 monthly to Maryam as feeding allowance for the baby.

The court ordered the complainant to pack all her belongings from her ex-husband under the supervision of a court official. [NAN]