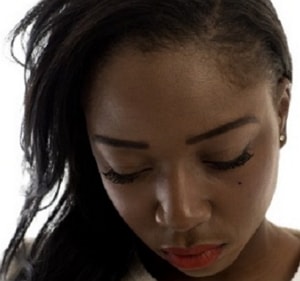 I met a guy, good looking, charming and has a good job. We started dating in a long distance relationship, I was in the UK at the period, came home briefly for a vacation and that was how we met.

I discussed him with my friends in Nigeria and got a shocker: He was married with two kids. I confronted him and he flared up, accusing me of believing ‘strangers’ instead of trusting him.

All I wanted to know was his marital status and he was playing the victim card. I got angry too and told him I needed to know the truth, he simmered and told me that although he was married, the marriage had ended.

According to him, his wife no longer lived with him and the divorce proceedings was already going on and his wife had relocated.

He said his marriage was a chapter of his life he wished he could forget! He wept as he told me these things over the phone and my heart went to him… I comforted him and told him it didn’t matter since we loved each other.

Well, my mind couldn’t rest after then and I snooped around until I got hold of his wife’s social media details, and I realized he lied.

They weren’t separated, in fact, they just celebrated their fifth year wedding anniversary with beautiful photos of them on her page! They were living together with their two kids, every Sunday, they went to the same church and from the photos, they appear to be a happy family.

I could not hold what I had seen, again, I confronted him, and he got angry again, I was scrutinizing him, I was investigating him, I didn’t trust him or love him, he turned the table and made me feel bad!

Yet I saw the things I saw, still he kept lying blatantly about it…

To be honest, I apologized again until I was alone and realized I was mad! Why would I apologize to a liar! A pathetic liar, a cheat and a man whore!

I called him and called his bluff, sent him all the photos I saved from his wife’s page with the dates… Trust me, his words were “I don’t believe you don’t trust me!” Ha! Is this one mad?

Please who has ever being in this position? How do men find the courage to lie this way and still look you in the eye! It beats ME!