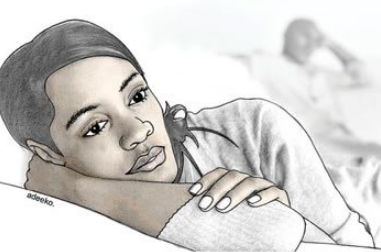 “I Caught My Husband Sucking My Niece’s Breasts, He Is A Chronic Womaniser” – Housewife Tells Court

Mrs Florence Anyasi, a 36-year-old trader on Wednesaday told a Customary Court in Igando, Lagos, to dissolve her 10-year-old marriage because her husband, Staley, is a chronic womaniser.

She also claimed that he sneaks into their maid’s room to sleep with her.

“My husband is a womaniser, he used to leave me in the bed at night and sneak into my maid’s room. I have caught him severally on my maid’s bed sexually assaulting her. A neighbour approached me and told me to warn my husband to desist from asking her daughter to have love affair with him.

“I once caught him sucking the breasts of my niece, who is a minor and he is also fond of wooing my friends,” the mother of three said as she reeled out her grievances before the court,” she said.

Anyasi also accused her husband of threatening her life.

“My husband always tells me that he will get rid of me and had once succeeded in poisoning me.

“He bought food for me and after eating, I started having serious pain and vomiting, I was rushed to the hospital by neighbours; when I was diagnosed, it was detected that the food I just ate had been poisoned.”

The petitioner said her husband also turned her into a punching bag, beating her at the slightest provocation, she added that he calls her thief and prostitute in public.

The woman said her husband was irresponsible, adding that he cannot provide for the family nor pay the children’s school fees.

The defendant denied the allegations and accused his wife of adultery. He claimed that her lover even bought her a car.

The 40-year-old businessman said his wife packed out of their matrimonial home in 2017 without his knowledge.

Stanley said he provided for his family and also paid his children’s school fees.

He said he beat her once when she stabbed him with bottle on the head.

The respondent said he too was no longer interested in the marriage and consented to its dissolution.

My Desperate Ex Boyfriend Wants Me Back, He Forced Me To Cheat On My Fiance – Heartbroken Lady Confesses
Man Who Snatched Married Woman From Husband In Kaduna Arrested By Sharia Police