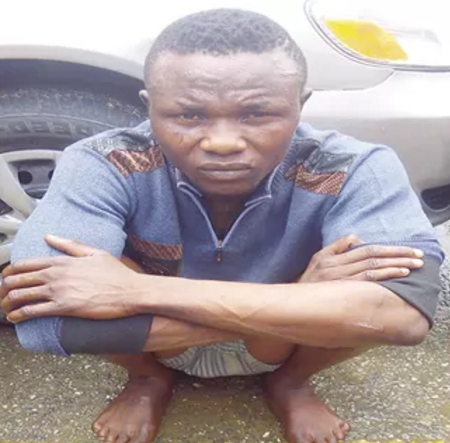 Oct 7, 2016 – I Robbed A Wealthy CAC Pastor In Ifako Ijaiye Lagos Because He Doesn’t Give To The Poor – Armed Robber Confesses

The suspect hoping to feed the poor when he become very rich someday blamed the Pastor for being stingy.

On the fateful day, the suspect reportedly broke into the Pastor’s home with two accomplices and after robbing him of his money, laptop, phone and jewelry, he became numb while others escaped. 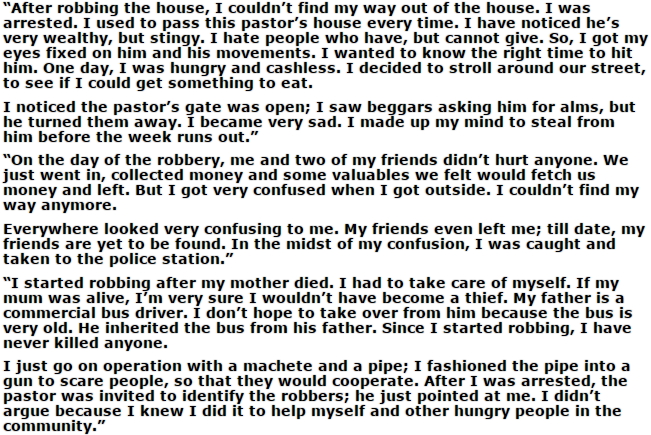