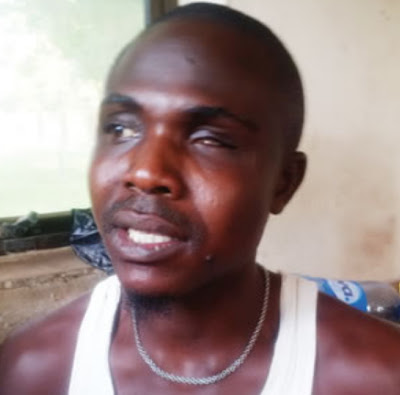 One of the Nigerian returnees from Libya has shared his sad experience with a journalist.

What work were you doing before you left for Libya?

I was working with the Road Transport Employees Association of Nigeria as a task force member. I worked there for two years. I left about nine months ago.

Why did go to Libya?

It was because of the economic recession at the time. There was no job and, as a family man, I had to look for a way to survive. I am married and I have two children. I did not have the money to travel. It was my sister who helped me.

Who advised you to embark on the journey?

It was a friend that advised me to go to Libya. He said that if I travelled through the sea, I might be lucky. I travelled with my sister.

How much did you spend on the trip?

I spent a lot of money. The money I paid to the agent was N600,000 each for me and my sister. We paid another N350,000 to the Arabs, Nigerians and some Africans doing business together after they sold us.

How much were you sold for?

I was sold for 3,000 dinars to someone. I did not know that I was being sold. The Libyans did not tell me. They just came and shouted and we thought that we were being taken to the seaside to cross. Before we knew it, we found ourselves in another place. There, we were made to pay back the money which was used to buy us. We had to pay double of the money.

Were you physically assaulted?

I was maltreated, actually. I was stabbed with a knife. If they asked us to pay back the money and we did not have it, we faced the consequence. One of us was shot by a Libyan when he was trying to register in a queue.

Before a Nigerian official came, the boy had been taken to the hospital. He was shot in the arm. I saw a few people who died. There was a boy that died in a toilet where he was locked up. He was sick. The Arabs urged us to appeal for clothing and food when United Nations’ officials visited us. But we told the UN officials that we wanted to go home. So, the Arabs beat us up with whips.

Would you return to Libya if another opportunity comes?

Return to where? To do what? It is only a mad man that would go there. In fact, I will not leave Nigeria for another country by road again. I cannot return to Libya. I saw hell in that country. In fact, it was more than hell.

We Went Through Kano And Katsina To Libya, Over 4000 Nigerians Are Still In Gharyan Prison In Libya
Burna Boy In SARS Police Detention With 4 Suspected Robbers He Sent To Attack Mr 2Kay