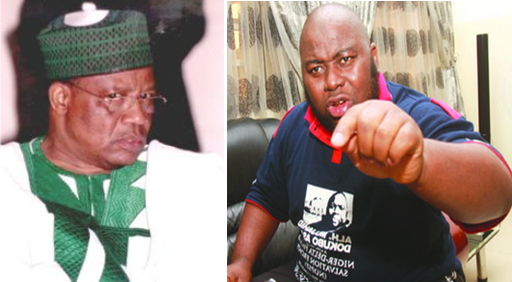 Former Nigerian military ruler, Ibrahim Babangida is threatening to pull out of the ongoing peace talk over Asari Dokubo’s threat against Nigerians in the upcoming 2015 re-election for President Goodluck Jonathan.

Over the weekend, Asari Dokubo threatened violence and bloodshed if Jonathan is stopped from contesting in the upcoming Presidential election.

There was, however, pressure on Gen. Babangida last night to have a rethink.

Also, barring last-minute change of mind, some members of the Kawu  Baraje faction of the PDP may be expelled from the party by the Bamanga  Tukur faction.

Babangida is said to be uncomfortable that while eminent leaders were making peace, Asari-Dokubo was threatening violence.

A top source, who spoke in confidence with our correspondent last  night, said: “Babangida was upset by the alleged reckless comments from  Asari Dokubo. He was also shocked that no one has called the ex-militant  leader to order.

“The former Head of State may pull out of the ongoing peace talks instead of allowing anyone to mess up his efforts.

“There is however pressure on him to ignore Asari-Dokubo’s threats or  comments because he is not one of the parties to PDP crisis.

“The next 24 to 48 hours may determine Babangida’s position.”