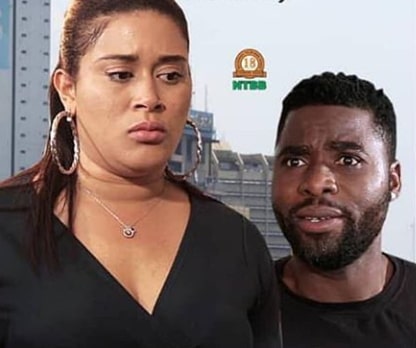 Nollywood actor Ibrahim Chatta has come under fire for playing a convincing role of a wife attacker in a new movie starring Adunni Ade.

Mr Chatta was today called out by a  fan who watched a preview of the movie posted on the actor’s page.

Chatta had acted the part of a wife abuser so well that a lot of comments had been directed at the type of man he really is.

A lady had however commented that she is not surprised that Ibrahim acted the part so well.

“That is exactly who he is” the lady commented.

The actor has been married twice. His first marriage ended over allegations of domestic abuse.

He was previously married to the daughter of former Katsina state governor.

The actor said he hit his wife after she slapped him.