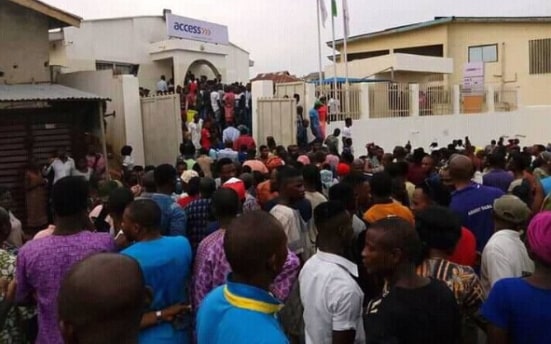 The people of Ijero LGA of Ekiti state are still mourning the loss of 3 people in a deadly robbery attack carried out by some dare devil robbers around 4:30pm this afternoon.

According to reports from Ijero Ekiti, the robbers who invaded Access Bank in the quiet city around 4:30pm blew up the bank after announcing their arrival with sporadic gunshots that frightened residents.

They reportedly gained access into the banking hall after using dynamite to blow the bank’s security door.

The robbers stole an unspecified amount of money in the robbery that lasted for about 60 minutes.

Activities in the commercial town were paralysed today by the robbery.

A bank worker and two policemen attached to the bank died on the spot while several customers at the ATM gallery during the attack sustained injuries.

A reinforcement police team has been sent to the affected area.