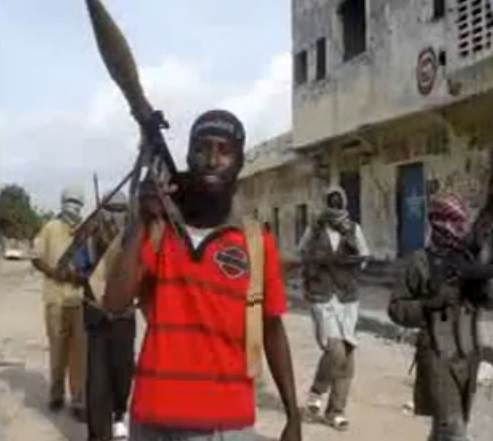 “We will not provoke them, but if they attack, they will regret it,” says Niger’s Defence Minister Karidjo Mahamadou

(Reuters) – A proverb in the Hausa language, spoken on both sides of the border between Niger and Nigeria, warns: “When your neighbor’s beard is on fire, fetch water and soak your own.”

With conflict in Nigeria’s north between the army and the Islamist militants of Boko Haram killing hundreds every month, many in southern Niger fear not enough is being done to stop it spreading.

To the north, Niger is at the heart of international efforts to tackle Islamist groups in the Sahara, following a French-led offensive last year against al Qaeda-linked militants who occupied neighboring northern Mali.

In the south, though, the potential spillover from Nigeria’s Islamist uprising has attracted far less attention, despite 40,000 refugees flooding across the border into Niger.

Yet a growing number of incidents, including foiled kidnapping of officials, the seizure of arms and arrests of militants, suggest Boko Haram increasingly sees Niger’s remote southeast not just as a rear base but as a potential target.

With oil-rich regional heavyweight Nigeria failing to quell the uprising, many fear that impoverished Niger would struggle to contain a serious attack.

“Of all the towns in Niger threatened by terrorism, we are on the frontline,” said Inoussa Saouna, central government representative in Diffa, a regional capital lying on the eastern end of the 1,500 km (940 mile) border with Nigeria.

A dusty market town of 50,000 people, Diffa sits just 170 km north of Maiduguri, the capital of Nigeria’s northeastern Borno state which has borne the brunt of Boko Haram’s bloody campaign to impose sharia law in Africa’s most populous nation.

Residents in Diffa say they are worried about infiltration by Boko Haram within the town and don’t call the Nigerian group by its name to avoid drawing attention when they speak of it. Instead, they refer to its members as “Yayani”, which means “my brother” in a local language, Kanuri.

“On the Nigerian side, there’s virtually no state,” Saouna said, warning the focus on battling Islamists in the Sahara was leaving Niger’s southern flank exposed. “The day it explodes in Diffa, it’ll be more serious for us than in the north.”

A QUESTION OF TIME

Boko Haram – whose name means ‘Western education is sinful’ in Hausa – has had links with Islamist groups in the Sahara for several years and has dispatched fighters to train with al Qaeda’s North African arm (AQIM), security officials say.

It is not clear to what extent these ties continue or whether the sect has ideological interest in spreading its fight beyond Nigeria. While its smaller splinter group Ansaru adopted the rhetoric of global jihad, Boko Haram has generally been regarded as a locally focused, grass-roots organization.

Boko Haram has, however, infiltrated northern Cameroon, which borders its zone of operations in the hilly Gwoza area. It claimed responsibility for the kidnapping of a French family there last year and uses the area as a launchpad for attacks.

In Niger, the head of the military, General Seyni Garba, said several Boko Haram members trained by militants in Mali were arrested last year after returning with weapons and orders to lie low in the southern town of Madaoua.

So far, there have been no major attacks in southern Niger, and the government in Niamey, nearly 1,400 km away, has played down the threat. Unlike its hawkish stance on Islamist activity in neighboring Mali and Libya, Niamey’s cautious approach appears to be an attempt to avoid provoking the Islamists.

In Nigeria, Boko Haram’s brutal campaign of violence against authorities only sprang into life after a 2009 crackdown that killed 800 people, including the sect’s founder Mohammed Yusuf.

Niger’s Defence Minister Karidjo Mahamadou insisted that Boko Haram posed no imminent threat as its focus remained within Nigeria. “We will not provoke them, but if they attack, they will regret it,” he told Reuters.

Signs of increasing Boko Haram activity in Niger may make confrontation difficult to avoid. General Garba said security forces had arrested several Boko Haram militants this year in the southern regions of Diffa and Zinder. Some had bomb-making material and planned to attack the market.

Saouna said the plot also involved a plan to kidnap him and the local governor in exchange for the release of members of the group jailed by Niger.

“It’s just a question of time before there is a clash,” said a foreign security source, who asked not to be identified. “Then Niger will be a target.”

Links between Niger and Islamist movements in Nigeria are not new. In the 1980s, many followers of Maitatsine, a radical Islamic preacher, fled a crackdown by the Nigerian army into Niger. In the 1990s, the Izala movement that sought to purify Islam in northern Nigeria also recruited in Niger.

The threat from Nigeria has long been handled with “relative tolerance, surveillance of preachers and targeted action”, according to the International Crisis Group think-tank.

Niamey has taken some steps to address the spillover from Boko Haram, beefing up patrols and intelligence assets in the southeast. The government has instructed aid agencies not to set up refugee camps in southern Niger lest they become centers for militants.

Yet Saouna and others fear this is not enough. The frontier is easily crossed using bush tracks, while shared languages and ethnicity make it hard to distinguish nationality.

Colonel Mounkaila Sofiani, the Diffa-based commander of Niger’s 5th military region, said hospitals in Niger were probably treating Boko Haram fighters as it was impossible to distinguish them from civilians.

Coordination between authorities in Niger and Nigeria, meanwhile, has been hampered by poor communication. With cellphone networks unreliable, officials were forced to communicate by letters that can take three days to get between Niger and Maiduguri, according to a confidential ‘early warning report’ obtained by Reuters.

The document, compiled by officials from the United Nations and West African bloc ECOWAS who visited Diffa late last year, warned that Boko Haram’s presence was “a serious threat that will require increased attention”.

Some Western nations seem to agree. It was no coincidence that Diffa was chosen this year to host an annual U.S.-sponsored military exercise, Flintlock – though concerns over security prompted foreign troops to restrict their movements.

Foreign troops and intelligence assets in Niger, including French and U.S. surveillance drones, have so far focused on Islamists groups suspected to operate in Niger’s desert north.

The north is home to mines operated by French nuclear giant Areva that make Niger the world’s fourth-largest producer of uranium. The southeast, however, produces only a small amount of oil – 20,000 barrels a day – pumped by China National Petroleum Corporation.

Some believe concerns over Niger’s southeast might be different if economic interests were the other way around.

“Western countries need to wake up to the threat,” said Saouna. “I’m sure that if the oil was pumped by Total, the West would take a closer look than they do now.”

Niger’s southeast remains one of the least developed corners of one of the world’s poorest nations. The burden of refugees is heavy on communities that must make their inadequate resources stretch even further.

Ousseini Boukar, mayor of the commune of Gueskerou, said he had to take in over 7,000 refugees, nearly three times his town’s population, after a January 16 attack on the village of Gashkar, just inside Nigeria.

“It was total panic. All night, people tried to cross the river,” he said. “Children are sleeping under the trees.”

Boukar and other officials warn that grinding poverty, poor education and the lack of jobs mean youth in southern Niger could be tempted to join Boko Haram, which is also involved in profitable racketeering.

Youth were susceptible to the same recordings of sermons by imams that circulate on mobile phones in Nigeria, he added.

“If the youth here do not get jobs, they are a risk,” Boukar said. “People come and go and exchange ideas. We are worried.”

Djibril Abarchi, head of Niger’s ANDDH human rights watchdog, questioned Niger’s ability to handle the threat if it spilled over the border. “We have to ask ourselves if Niger has the means to counter Boko Haram when we see how Nigeria, with all its firepower, is unable to neutralize them,” he said.