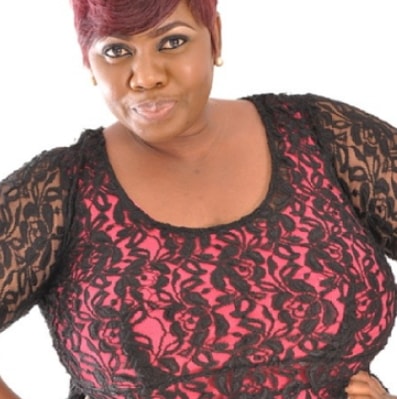 Ifeoma Okeke Thanks Nkemi Owoh For Bringing Her Into Nollywood, Says Producers Not Giving Her Roles Because She Is Overweight

You look cheerful, would say your size has limited you in any way as an actress?

I should be asking you that question. Many people have asked me if I ever got tired. I am a very workaholic person. My size has not limited me in any way. Fortunately, I don’t have plus-size friends like myself. It’s of recent that I started mingling with plus-size ladies like myself. My friends like actress Grace Amah, Nneka and Empress Njamah are not as fat as myself. I have always been the plus-size girl among them. But I always like the way I am. This is because I dance more than most of them. I don’t get tired while working. It’s a hobby to me. In all sincerity, may be I’m not getting jobs as I used to get in the past. I don’t like playing the role of a mother in movies. And whenever you play that kind of role, everybody would want to tag it to your age. Again, not every man likes the plus-size ladies. Some like them while many others like slim ladies. That’s why I said, the ones that like me like me for how I look. And when I complain to them that I want to lose weight, they say ‘I like you like this.’ But if there is anything I want to do about my size, it’s just stay healthy. That’s all.

But am I comfortable in my own skin? Yes.

If I decide today to lose weight, many people would not recognize me again.

But when did you notice you were getting overweight?

I have always been a tomboy and I am still a tomboy. People who know me well know that I am a tomboy. And my friends are mostly males. But I became overweight in 1993. In fact, immediately my grand-mom died in 1992, I don’t know how the whole thing happened. I found myself getting too fat. In my village, my kinsmen and women used to call me after my grand-mom.

Have I ever been worried about my size?. Yes and no.

Have you given love a second chance after the crashing of your three-year-old relationship?

One of the reasons women don’t walk away from domestic violence is the fear of starting all over again. I keep saying and I’m still saying it that it’s the fear of starting afresh. It’s just like since 2007 till now, I am still single. It was the fear of where do I start from. ‘Somebody is saying hello! And I’m now saying hi! We start the process…From 2010, I never had a boyfriend. I broke up with my ex-boyfriend in 2008. I didn’t date no man since then till now. No date, no sex.

During these periods, I soaked myself into my pet project-Purple Campaign . Like I keep telling my friends, when you are busy you don’t think about relationships. I couldn’t get myself to fall in love again because I gave my all in that relationship. I’m proudly a blind man’s daughter and I have no regrets whatsoever. Anybody that knows me on social media, knows that my imprint is my father.

Be that as it may, have I given love a second chance? Yes.

Have I regretted given love a second chance? Yes.

Do I want to love again? No. Will I get married? Yes. Will I love him? I will trust him, but I will not love him.

How can you marry a man you cannot fall in love with?

Love can be built in the process. You must not love him to marry him. According to the Holy Bible, love doesn’t hurt, and if love hurts then there is no love. If there is love, there will be no hurt. So, when that love comes, he will be the one loving me and not the other way round. It doesn’t worth it. Does your ex boyfriend still reach out to you? I don’t know. I don’t want to talk to him, and I don’t like talking to him. He remains my ex-boyfriend. I talk with my other ex-boyfriends, including the one I left to fall in love with him. I dumped him because I caught him red handed cheating on me.

In the case of the one that broke my heart, I took so many cheating, yet it didn’t pay me. So, what’s essence? Every of my ex is a family. We relate as a family… One of my best friends is my ex’s sister.

But unfortunately, my worst ex-boyfriend is the only Igbo man I have ever dated in my life. I gave my all since people were accusing me of not dating Igbo men. I said okay, let me give my all believing it would lead to my settling down. But it boomeranged, and it’s okay. I will give love a chance again. And I will fall in love again when I see love. Getting love from me isn’t the problem, but getting love from the opposite sex is. That’s why I said, when we get married the kids will complement our relationship.

I want to adopt the old days pattern of relationships. They don’t marry for love. For better or for worse, they stay in the marriage because of kids. They never broke up.

You recently celebrated your 20 years in the movie industry, how has the journey been so far?

It’s been awesome in the past 20 years. I went to schools and I acquired certificates. It was double celebration.

While my foundation clocked 20 years, I also marked 20 years of my acting career. I started earlier about 10 years. It started through my dad. My family attends Catholic church and we were partaking in the Legion work of the church. That was where the passion to do charity work came from. I started taking care of the aged, people with Down Syndrome, the blind and also the orphans. Immediately, I joined the industry, I saw the platform and I said to myself, this is time to take this passion to another level. That was how it started.

Was your dad into humanitarian works?

My dad got blind when I was barely a year. He’s actually a giver. He’s that kind of a man that would instruct his children to give out their old clothes at the end of every three months. Even when we still cherish those clothes, he would insist that we give them out. So, because of my dad’s condition I started working with the School of the Blind when I was nine years.

Was it how you started your acting career?

Nkem Owoh brought me into the industry in 1998. I remember that his office was located close to where we normally hold our Legion of Mary’s meeting in Lawanson, Surulere. He was always encouraging me to join the industry. So, when he was shooting his movie, ‘Yogo Pampam’, he gave me a role. Immediately I finished starring in that film, I got a sub-lead role in another movie titled, “Moment of Sorrow,” followed by another sub-lead again. And I began to wonder if it was that easy. Not knowing that it was a ploy to lure me into the industry. But then, I had to go back to school because I was still very young. I just completed my secondary education. I proceeded to Lagos City Computer College for a course in Computer Science. I also attended Lagos State University where I bagged a diploma in Theater Arts. I also attended Nursing School, as well as going back to school to study Business Administration.

After 20 years, would you say the industry has been fair to you?

At the early stage, you know I have a tiny voice and also, I am on the big side. I don’t know how they come about the casting mentality in the industry. If they want to cast, they would cast me as Grace Amah’s mother. It doesn’t work like that. I still have my young face as well as my tiny voice. So, my voice, my body and my face rarely portray me as a mother. It also affected my getting roles in movies as I supposed to. I was only given the opportunity to prove that I could interpret such roles. But some producers who believed in me did not hesitate to give me roles in their movies. I would have gone as far as I should, in the industry. But my voice and my size pulled me back. I’m not discouraged. Nobody can make me feel bad. I am one of the front-line actresses in Nollywood today.

How would you rate your strengths, weaknesses, opportunities and predicaments in the industry?

I have never had low-esteem no matter the odds. May be, that’s why I do a lot of motivational talks. Even when I didn’t get those roles, I didn’t feel bad. There is one thing, Clarion Chukwurah was always telling us. According to her, during their time, people were begged to act, and today, people beg to act. It could have favoured a lot of actresses at the early stage of their career. To be honest, it’s favouring me now. Even then, I featured in a lot of soap opera, played minor roles in movies. It didn’t affect me and I wasn’t discouraged at all.