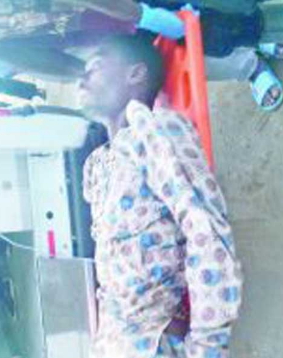 A Lagos-based Igbo trader has been rescued moments after he allegedly jumped into Mile 2 river in Amuwo Odofin LGA of the state.

The man identified as Odiaka Andy said to be in his 40s reportedly plunged into the river after blaming Buhari for his business failure.

It was the timely intervention of speed boat divers that saved him from untimely death.

He was quoted as saying “Buhari’s government has finished me and my business. I can’t afford to live anymore. Bye, bye to Nigeria,” when he jumped into the river.

Mr Odiaka who was very weak to talk at the time of his rescue has been reunited with his wife and 4 children.