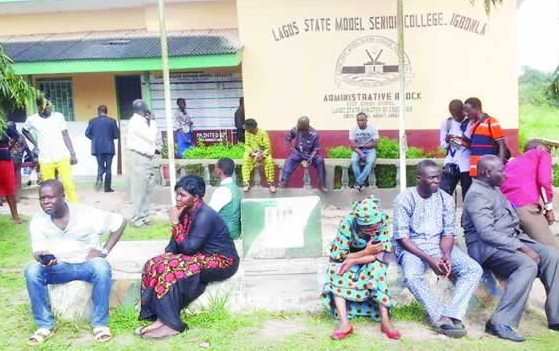 The kidnappers who called the parents of the students on May 27 called back this evening and ordered the parents to tell Governor Ambode to pay them N100million.

The kidnappers confessed that they kidnapped the students to get money from Lagos state government.

Here is what one of the worried parents told reporters in Epe today:

What does it take for security operatives to install tracking devices on the phone line of the students parents in order to track the location of these heartless kidnappers?

May God protect those innocent kids from the demons in human form.