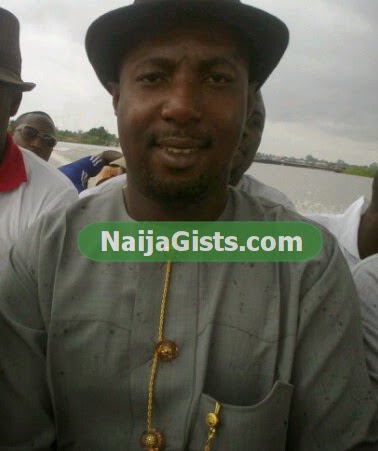 The son of Ijaw leader, Chief Edwin Clark has been kidnapped.

A police officer said Ebikeme was whisked away to an unknown destination by some kidnappers who emerged from the water on Wednesday afternoon.

Delta state police officials have taken up the case so as to secure Ebikeme’s release.

It would be recalled that Ebikeme Clark contested the last elections to represent Burutu Federal Constituency in the House of Representatives.

In a recent news briefing with reporters, Clark said the forthcoming elections were too dear to Nigerians, advising unscrupulous politicians whose stock in trade was rigging of election to steer clear or expect to be lynched.

Ebikeme stated this while fielding questions from journalists at Kiagbodo, Burutu Local Government Area of Delta State during his campaign flag-off days before his kidnap.

Hoping for his safe release.