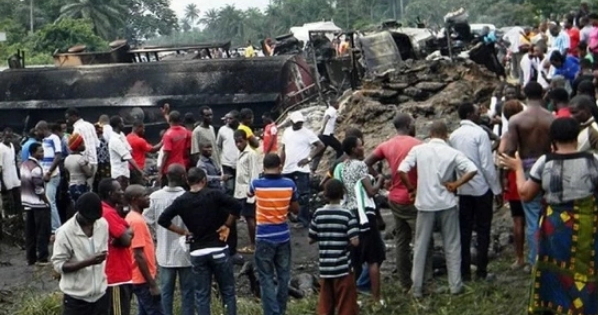 Not less than 6 people lost their lives  yesterday when a fuel tanker exploded In Iwuru axis of the Calabar Ikom Highway in Biase LGA of Cross Rivers state.

Three of the victims were soldiers.

According to a witness, the tanker which caused the fire explosion suffered brake failure and somersaulted.

Three soldiers in a patrol vehicle in opposite direction stopped their vehicle to rescue the trapped driver and conductor sadly, the tanker exploded, killing the soldiers, the tanker driver, conductor and a passerby.

Another soldier who sustained severe burns was rushed to a General Hospital in the area.