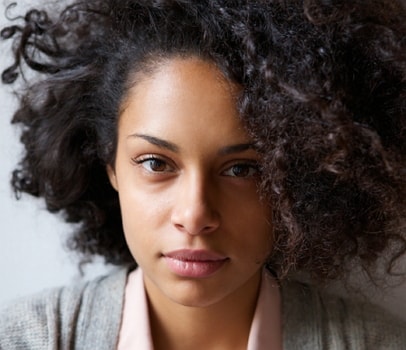 “My name is Oreoluwa, I am 27 and right now, my fear is not solely about losing my relationship of many years but I am also scared about my childhood.

About a month ago, I got deflowered by my boyfriend of four years! Our relationship had been blissful. Everything had been perfect despite the fact that he had to abstain from sex because of me. (Well…) I was a virgin when we met and I had begged him to give me time.

Well, a month ago, after our introduction, I decided it was time and we had sex. He took time to school me about the first time, promised to be gentle and all that.

I braced myself and we even took precautions so the expected blood would not stain the sheets but to my dismay, there was no blood. Not a drop.

The pain was there, I literally felt my body tearing and he was petting me and telling me it would be over soon.

After the whole thing, he looked at me and with a smile told me how ‘He’ made me a woman. We joked about it until we both rose from the bed and the tell tale blood was no where to be found.

He looked at me and I found myself actually searching for blood, the sign that I just got deflowered! Nothing. I was shocked but my shock gave way for fear as I saw his expression. He was angry and disappointed!

He’s still my boyfriend, our wedding plans have not changed, but he’s been cold, hasn’t touched me since. I can’t get into this marriage, without knowing what happened. My mother is no more and there’s really no one to talk to.

I have bothered google for a month, and from what I read, its either my hymen had been tampered with at some point or I had the rare case of ‘no blood virgin’. Every time I tried to bring it up, he changes the topic!

How do I make him understand that he actually made me a woman…I had never being with a man (well, consciously)

I already thought of calling off the wedding, I can’t marry this cold man!.

Continue Reading
You may also like...
Related Topics:call, off, wedding

Nigerian Women Personality Traits: What To Expect When Dating A Nigerian Woman
Don’t Throw Away A Good Man Because He Is Always Busy – Alibaba Tells Women