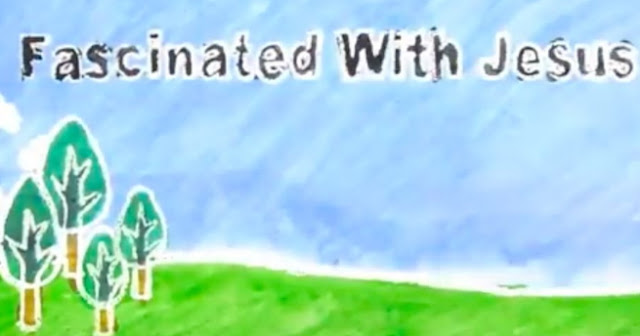 It is axiomatic today that the most fascinating figure in humanity history is Jesus Christ. That perhaps explains why every major religion, even those founded before him, account for his existence, draw from his teachings and somehow find a way to include his story in their description of reality.

For example, in the Talmud and The Toledot Yeshu of the Jews, it is acknowledged that Yeshua was a respected miracle working teacher -even though they believe he practiced magic and led the Israelites astray- who had disciples, was crucified -though they deny his resurrection- and that his disciples reported that he rose as he promised.

The Muslims say he was a significant prophet who was born of a virgin. In fact, the legend that when their prophet destroyed the statues in the Ka’abh, Mecca, he left untouched the statue of Mary and the infant Jesus grew from their reverence for him.

The Baha’i faith believes Jesus came from God, was born of a virgin, was a wise teacher who performed miracles, was crucified and resurrected as atonement for humanity.

The Hindus say he was a holy and wise man, a great teacher and a ‘God’ or an ‘Ishtar’

Hinduism’s cousin Buddhism, say he was an enlightened, holy and a wise teacher.

Because this list is inexhaustible, the question naturally arises; why do all these religions think they must account for Jesus somehow? Does this not make him worthy of some type of examination?

Experts and scholars around the world today have been investigating for years and they are unanimously agreed that Jesus did exist, that contrary to claims in some absurd religious and scholastic quarters, he was not married, was a great moral teacher who was arrested, tried and crucified by the most efficient killing machine the world has ever known, the Romans.

Mark’s gospel tells us that leaving nothing to chance, the Roman governor ordered that a lance be plunged into his chest afterwards. John’s gospel tells us that, confirmed dead, his body was released to a member of the Jewish Sanhedrin, who placed him in a tomb in which no one had ever been laid.

Apart from his timeless teachings, his unbelievable miracles, there is one more thing mentioned about him reading through the gospels, upon which the Christian religion is built, that struck me recently.

Roughly 3 days after his crucifixion, not only did his body disappear from the tomb, his disciples reported seeing, talking to and eating with him. He had risen as he promised! Saint Paul says it is on this fact that the mystery of the Christian religion lay. Many today argue that this is the same reason why Christianity remains the greatest religion in history, and why according to Christians, Jesus remains the eternal hope of mankind.

Good as all these may sound, many people, atheists, scientists, scholars and members of other religions especially, have disputed these claims.

In fact, there are those, who in an attempt to explain the resurrection away, claim Jesus did not really die on the cross. For example, in the ‘Passover Plot’, H J Schonfeild claimed the sponge offered Jesus on the cross was not soaked in vinegar but was actually soaked in a drug meant to induce the appearance of death, so the Romans can release him, so his disciples can administer treatment later.

The Ahmadiya Muslims still point to a shrine at Srinagar, Kashmir, India today, purported to be where his true tomb is, having been delivered from the cross and immigrated to India where he lived to a ripe old age.

But is it possible for someone who had just survived the harsh torture of the cross, who needed urgent medical attention, to give his disciples the impression he was the risen conqueror of death or trash the long and tortuous distance from Middle East to Asia?

Jesus’ disciples, Apostle Paul, the Romans and even Jesus’ enemies at the time all attested to his empty tomb, and no one in history have either been able to present his body or offer reasonable explanation why his tomb became empty few days after the crucifixion.

Again, had someone evented the resurrection story, he would not have presented women as prime witnesses when women testimony carried no weight in Jewish law and culture.

However, there appears to be a silent witness to Jesus’ resurrection today.

Within the confines of a cathedral in Turin, Italy exists a piece of linen cloth with an image that remains a scientific enigma. For over 100 years researchers all over the world have been working on it. Many believe this same cloth, which is the most probed, examined and studied artifact in all history, is the same that was described in John’s gospel as Jesus burial cloth.

For those who argue that this cloth is a forgery, studies have showed that the forger would have needed to find a life size adult male, torture him mercilessly, crucify him literally and then wrap the cloth around him to successfully forge it. And for others who argue that it could have been the burial cloth of any crucified figure in the first century since the Romans crucified many people, we ask; what created the image that scientist over the years have put fortune and time on the line trying to understand?

Experts say something extra ordinary happened that left the image that proves it was not a burial cloth for just an ordinary man.

For example, how did this cloth come to adopt 3D, holographic image when looked at in a negative, when photography was not invented until almost 1800 years after it? It was as if something happened that left a signature on that simple cloth for future generations to discover, which experts are now trying to comprehend.

Dame Isabel Piczek, a particle Physicist, is someone who has spent most of her time studying this shroud. She explains that, in General Relativity, for those familiar with astronomy, there is something in the surface of Black Holes called Event Horizon, which is so called because at that point, all the laws of physics changes character drastically. She said from her extensive study of the cloth in Turin, she found that what caused the imprint was something completely new to the laws of physics. Looking at the image left on the cloth, she realized that, considering that the cloth was used to tie up and wrapped around the body, and yet still had such a perfect image, it must have been tout and rigid and the body must have been hovering inside it with no contact at all. This means there was actually no gravity in the tomb in which the body was lain since the corpse was supposed to be resting on top a slab maybe, inside the tomb. For such an imprint, there must have been a kind of flash, energy beyond normal, responsible for creating the image before the body left it.

Christians would say this was the Resurrection Power. Should we believe this? I would say yes. This is because everybody believe the grave represents death. But Jesus says for him the exact opposite is the case.

If according to astronomers, ‘in the depth of the collapse of an Event Horizon, something known as ‘Singularity’ which started the universe in the ‘Big Bang’ emerges’, and scholars say what left us the remarkable imprint on the cloth was such an awesome energy, then I think the tomb of Christ, rather than represent an end, actually represents a beginning, a new universe, a new life, for all who believe.

I believe 2000 plus years ago, in Palestine, a portion from that Indefinable Force that men call God, took possession of a man we call Jesus, because he emptied himself utterly of himself, and because of that he became the carrier of the name which is above every other name.

This is why I am fascinated with Jesus. 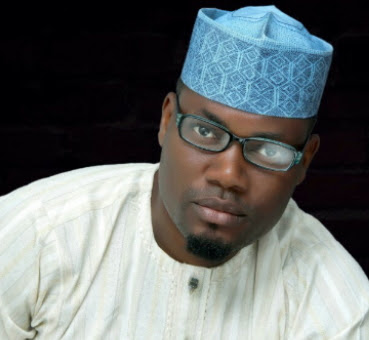 Albert Afeso Akanbi is a Novelist, Researcher and Humanitarian. He lives in Abuja, FCT.

Continue Reading
You may also like...
Related Topics:fascination, Jesus