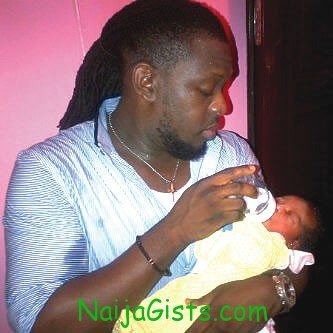 In a recent interview with Punch, Timaya declares, “I wanted to have a baby by Barbara because she is my kind of woman; the kind of woman I’d like to spend the rest of my life with and this was why I decided from the outset that I’d go the whole hog with her. But she knows that marriage is not something we will dabble into now.”

“Marriage comes with a lot of responsibilities which are beyond financial or material things. God has blessed me with everything a man needs to have a successful married life and you can bet that Emmanuella and Barbara will get the best of everything money can buy but personally, I don’t feel ready for it.”

He notes that he is at a point in his career where he has to muster all his talent and youth to remain a top-of-the-mind brand. “The music industry is growing bigger by the day and very soon, indolent artistes would be swept to the background. I don’t want to be a yesterday star; neither do I want to end up being a fleeting star, I want to continue being relevant. That is why I am putting my everything into music and God is blessing the work of my hands.”

Timaya and his girlfriend, Barbara have been dating for over two years before the baby came.

According to reliable source so in love with Barbara is Timaya that when she told him about the pregnancy late last year, he was beside himself with joy. Thereafter, he got her a well-appointed apartment in the heart of Ikeja and bought her a GL Fomatic 450 Benz valued at about N13m.