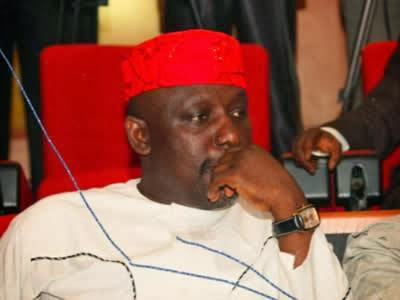 The newly commissioned Imo Film Academy in Owerri, Imo state has crumbled less than 24 hours after it was commissioned.

The building came down on Saturday morning. Workers hired to work at the multi million naira academy said they were dumbfounded when they saw the edifice completely razed to the ground.

According to eye-witness account, the building, which had been completed and roofed, caved out from its base after the POP ceilings were put in place by the contracting firm. It was gathered that crack sign and sound awoke the sense of the students, who were taking shelter by the building. They were said to have hurriedly run out of the vicinity; and just in a jiffy, the building caved out.

Although no life was lost, the building has been deserted due to structural damage.

As at the time of this report, the State officials have moved in and all the wreckages have been removed.

To prevent further embarrassment to the state government, security officials have been placed in charge of the building to stop photographers from gaining entrance into it.

The building is located along Egbu Road in Owerri