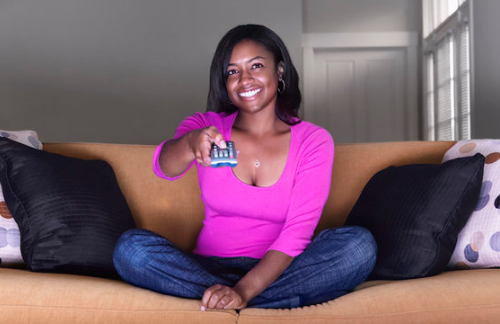 Yesterday, an estranged husband identified as Tunde Esan asked an Akure Customary Court to dissolve his 18-year-old marriage to his wife, Yetunde, whom he described as being “too lazy and likes watching movies.”

The man who expressed bitterness while seeking dissolution of his marriage to Yetunde, said that he had endured her for too long.

Yetunde, who didn’t dispute Esan’s allegations, knelt down in the court and begged her husband to forgive her. He told the court:

“I had endured for many years; I can no longer tolerate her lazy attributes.

All my efforts to get my wife to start a trade have failed. My wife is not ready to do any work but only sits at home watching movies.

I have not enjoyed her since I married her. Although I’m used to her lazy acts, I would have filed divorce suit since but was restricted by various appeals by friends and family members.’’

Esan said that it was his eldest child, who had been cooking at home. He also told the court that Yetunde was fond of incurring debt which put the family into disrepute.