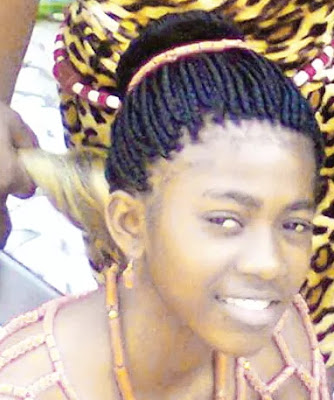 She was heading to her examination center earlier this month when she was kidnapped by some gunmen around her home at Ojodu Berger.

15-year-old Rita Chioma Clement has been released from the den of her kidnappers.

The teenager who returned home on Wednesday around 10:00pm is yet to open up to her guardian, Mrs Njideka Orazulike.

Continue Reading
You may also like...
Related Topics:girl, kidnapped, lagos